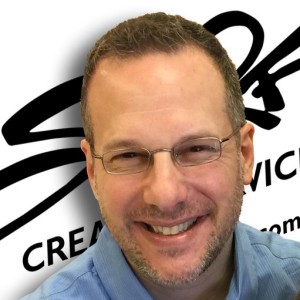 Contents hide
1 Short Shots And Hot Spots
2 Will They Or Won’t They?

The NFL, each of its 32 organizations, and the individual players who comprise those teams have been increasingly focused on growing their brands. Improvements in player safety (and financial depravity for those who do not get the gravity) have slowly-but-surely discouraged them from continuing cataclysmic collisions with each new episode of the league’s “Battle Of The Bands.” And yet, some revered rivalries are not quite ready to go heart-healthy in favor of good old clogged arteries.

“The Tortured Cowboys Fan” referenced rivalries last week as the basis for competitive sports at their peak. “America’s Team” had to lean a little harder into game two of 2019. They were facing the Washington Redskins at FedEx Field and – as has become typical – the home team (already an early-season cripple) was unwilling to instantly yield.

The Redskins – more than the hated “Iggles” or “G-Men” – seem to reach another gear when playing the Cowboys, no matter how injured they may be, again and again. Now, as (more than) the past few years have shown, Washington will “bring it” (at least temporarily) even when they have been physically chewed down to the bone.

That familiar first Washington wave is what made some (but not all) within “Cowboys Nation” fear that their high-flying Cowboys were inexplicably about to cave. Thus, another slow start from which Dallas – admittedly and undeniably – continues to momentarily smart.

It was not until a little over five minutes remaining in the first quarter that this gimme game seemed slightly out of expected order. Dak Prescott (on 3rd-and-1 at his own 42-yard line) wisely stepped up in the pocket once protection began to break down. Instead of perhaps tucking and running or throwing the ball away to live for another play, he threw one of his infrequent "behind-the-back specials" without setting his (newly-fancy) feet. His mildly errant pass glanced off Randall Cobb's (rarely unreliable) hands and into the waiting arms of Redskins safety Montae Nicholson, who was ready to eat but unable to convert the interception into a touchdown.

With just over 14 minutes remaining in the second period, the Skins’ Adrian Peterson would rush in for the score from the Cowboys’ one. While Peterson (during week one) privately felt rage from being stuck in a healthy scratch cage, he was unable to drown his pedestrian performance (of 32 total yards on 10 carries and 2 receptions) with that second-quarter touchdown. Nonetheless, that would be the last time Washington had or shared the lead because Dak Prescott would quickly recover and to the tune of three touchdown passes he would make them bleed.

Cowboys Nation was in for a real treat courtesy of an unlikely pair of super-swift feet. Dak – with just over six minutes remaining in the second quarter – found Devin Smith (the former Jet and two-time ACL-injury survivor) on a 51-yard touchdown flyer. Prescott (snapping from his own 49-yard line on 2nd-and-7) threw a beautiful pass to Smith (who reduced lingering concerns over his health to a distant myth). Dak actually released the football so true from his own 42. Smith looked just fine catching it on the Redskins 6-yard line, which means it went 52 yards in the air before 6 little yards of YAC finished the scoring attack. And all this comeback kid really did was call for that ball in the face of “shutdown” corner Josh Norman (who could only shake his head in disgrace).

Prescott - with just under 10 seconds remaining in the second quarter - also connected with Jason Witten for a 2-yard touchdown pass (fortified by a sneaky-good assist from fellow tight end Blake Jarwin, who delivered “kind of” a pick the referees would miss). Dak's most ardent supporters are fond of saying "All he does is win." Witten's return from retirement appears to have promoted an "All he does is score" environment.

Dak (with just under 10 minutes to play in the third quarter and operating from Washington’s 10-yard line on 2nd and 10) followed that up with a dart to a suddenly static Amari who immediately turned and reached the end zone. Had an oncoming defender not barely missed, he would have nabbed an interception, said "Sorry! Not sorry!" and sprinted the other way, all alone.

And yet – on the day – aerial was not Dak’s only successful production variable. He would join Ezekiel Elliott’s workman-like ground game performance (111 yards on 23 carries by the final gun) with some continued fun, amassing 69 more yards on the run (while apparently aiming to make Josh Norman resemble an involuntary doorman). It also seemed apparent that Dak’s 42-yard scamper could have easily become a scoring play if (second-year receiving stud) Michael Gallup had kept Norman out of the way.

Prescott piggybacked his week one performance of confidently knowing when to hold 'em, when to fold 'em, when to walk away, and when to run. The Dallas Cowboys would go on to win 31-21 even with “Marinelli’s Men” continuing to cook less than well done.

While Washington put up a slightly bigger-than-expected fight, “The Hot Boyz” were not quite right. They humbled Adrian Peterson’s desire to stun-by-run but struggled for the second consecutive game to make enough defensive backfield noise. A lack of consistent compression along the front line has been a problem and if not for dumb luck, that pint-size pressure may one day rob ‘em. Even through thick prescription frames, two sacks are no bueno through two games.

And it is a subtle (?) reminder (yet not a dig) that just because one former Cowboy and one current Cowboy share DeMarcus as their first name, those players are far from the same. While a (completely fit for duty?) Tank Lawrence struggles with the extra attention that has come his way minus a consistently-healthy starting nose tackle or bookend match to ease his play, DeMarcus Ware relentlessly, consistently, but not always easily overcame.

“Well, what about Jay Ratliff and Anthony Spencer?” you almost dismissively answer. Ratliff was an undersized, run-stuffing, QB-pressuring nose tackle with an exceptionally-high motor (that occasionally developed a broken rotor). “Spencer: For Hire” was also largely a run-focused fella’ save for a single season “sacktastic” outlier. And to be fair, a YouTube video must exist (of how many sacks Spencer just barely but routinely missed) somewhere out there. Nonetheless, it is a rare, motivated talent who can do more with less, but perhaps the expected return of one Robert “The Mighty” Quinn will help Tank roll over this sad sack mess.

And when your defensive line is not quite fine, your secondary can occasionally appear rather ordinary. Safety Jeff Heath was in position for (what would have been) a hilarious touchdown laugh (on a Redskins 3rd-and-3 from their own 32-yard line with just under five minutes remaining in the half). Rather than sustaining (a bit more than) a peripheral glance at quarterback Case Keenum, Heath made a beeline for Keenum's intended target, seemingly oblivious to the gift-wrapped interception that would bounce off his helmet, making him look particularly unlucky or just plain dumb.

While Heath is often, mercilessly maligned by fans (some but not all), this result remains a partial indictment of coach Kris Richards' approach. The secondary (save for occasional glimpses of individuality from Chidobe Awuzie) is regularly, almost exclusively trained on the opposing player rather than the ball. Swarming defense is energetic and exciting but – without timely turnovers – ain’t so rewarding. Wholly attempting to hammer a player (without intermittently looking to the air) means recovery from a years-long allergy to interceptions has not a prayer. There is irony in Heath owning the career interceptions lead (with eight) in the current Cowboys secondary when it absolutely should not be his burden alone (or at all?) to carry.

Safety Xavier Woods (most-often viewed as offering the best skill goods) dropped the Cowboys' only other guaranteed chance at an interception at just over 11 minutes remaining in the final quarter. But like Xavier’s perpetually-picked-on playing partner, when the opportunity drew near, his mind went tilt and his body went out-of-order.

And it goes without saying that Michael Gallup (with harmonious hands his butterfingered teammates wish they had instead of baseball mitts that have caused fans fits) was well on his way to another fine day before a knee injury began to impact his play.

The last of three consecutive “easy” games to start the 2019 season has arrived and following the Dolphins “contest,” the Cowboys are expected to have completely thrived with nary a protest.

The Dolphins – as they were for the Ravens and Patriots – are serving themselves up to those with the biggest appetite on a glistening silver platter. Miami may try to compete, but what they attempt to do should not matter to hungry teams ready to eat. The absence of Tavon Austin (in concussion protocol), Antwaun Woods (with a sprained MCL), Michael Gallup (recovering from a surgically-repaired meniscus), Xavier Woods (with a high ankle sprain), and Tyrone Crawford (with bursitis in both hips) – in the face of such a delectable seafood platter – simply should not matter. And yet, AND YET, Dallas has an infrequent pattern blindly taking that bet, hook, line, and sinker . . . only to deliver an easily avoidable stinker.

As excited as Cowboys Nation may be to see Dallas absolutely fillet Miami, they are equally terrified that Dallas will be the first talented, 2-0 team to allow the Dolphins to get embarrassingly close to that winning theme. If the Cowboys win 42-21 (with Miami looking sublime in garbage time), do you really think prognosticators will ignore the chance to eagerly poke some “pretender” fun?

Pairing the Cowboys' (often inexplicable) ability to downshift to a particularly bad opponent's level with Jason Garrett's (unspoken but apparent) preference to outlast (rather than unrelentingly and viciously blast) opponents is what may allow the Dolphins to linger longer than they ever could or should.

Though that same “Dallas Downshift” has historically impacted all Cowboys coaching regimes, when “He Who Idolizes Nick Saban” is not nearly as aggressive, there is always the potential for a game day result avoidably and unnecessarily regressive.

While there is nothing wrong with Garrett playing the long game (of protecting, resting, slow-jogging key talent whenever possible) when he knows the outcome of a given game is in his favor . . . an inability (check that: an unwillingness) to truly body slam bad teams is a topic some will continue to belabor.

The NFL is decidedly not the NCAA (where you fall out of Bowl Championship Series to favor the moment you stop scoring all day). Perhaps being able to ground, pound, and outlast means rarely having to care about being fancifully outclassed?

While Cowboys Nation would LOVE to see Dallas fulfill the gaudy, “you’re dead” 22.5-point spread, will Dallas “merely” deliver another solid-but-purposely-measured victory (adhering to Garrett's personality), rather than a (Patriots-style) production of mass-destruction?

Will it prove any more tragic that quarterback Josh Rosen is starting over Ryan Fitzmagic?

Will the Dolphins’ signing of Vidauntae "Taco" Charlton (the “Taco Salad Charlatan”) have any more value than “normal” at the AT&T Stadium venue? Will there be an inspired fish taco sighting during the game or will it be more of the lame, err, same?

Will Dallas be dolphin-safe or will Miami’s time in Texas savagely chafe?

Saved by the Bellerin Tottenham vs Arsenal Derby Halftime Report! Lacazzet’s bomb opened up the score and Kolasinac’s defensive error led to