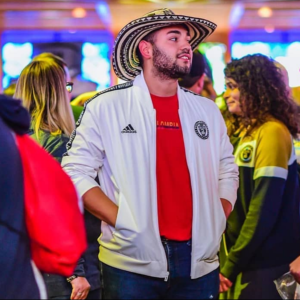 After an exciting week of international break, especially in Italy, it was back to league play for Serie A. What a weekend of matches we got. Now that it’s over, time to check out the Power Rankings.

1. Napoli⬆️ This squad took care of business, beating Udinese 3-0. With Insigne left behind at home, Napoli found other ways of scoring. They have been a pretty consistent club the last month, this week should be a real test for them. It’ll end with a Serie A match against heated rival AS Roma.

2. Juventus⬇️ For the first time this season Juve is in second for the Power Rankings, simply because since their win against Napoli, Napoli has been the more consistent club. Drawing to Genoa also helps the second place spot. Still four points ahead in first, they must keep their eyes forward with Champions league as well as a trip to Empoli to end the week.

3. Inter↔️ Inter gave us the exciting moment of the Giornata. With another closing minute goal in the Derby Della Madonnina by who else then Mauro Icardi. They have worked their way back into the Scudetto race. After Champions League they are back in Serie with a trip to the capital to face Lazio.

4. Lazio⬆️ This club keeps rising in the rankings after two solid wins. This past Giornata they took advantage of all the chances Parma was handing them, as they won 2-0. This week we see Lazio matchup in one of the premier matchups of the week, they square off against Inter.

5. Sampdoria⬆️ Well they found a way to get back into the top 5, although they only received a point last week, drawing against Sassuolo. It was still a quality draw. Up next for Samp will be a hard battle, as they square off against the roller coaster ride Milan.

6. Fiorentina⬆️ The youthful Tuscans received some luck this week, almost losing to Cagliari. Chiesa was Able to knock in a PK Goal, but the defense gave up a sloppy goal, preventing two more points for the Violas. Up next will be a good match for as they face Torino.

7. Milan↔️ Oh Milan, the minute things were looking good for the Rossoneri, Icardi sucks the life out of them. Losing a heated derby in the last minute is never fun. Conservative play may have cost Milan a chance at any points. Higuaín was also quiet, as we anticipated his matchup against Icardi. Milan Will continue Europa league midweek, with a good match for against Sampdoria to end the week.

8. Roma⬇️ Worst result of the week came from Roma when we all thought they were heading in the right direction, they suffered a bad 2-0 loss to SPAL. It looked like they were going to get another win until a 38th minute PK goal by Petagna. Even with a Red card by the goalie Vanja Milinković-Savić in the 75th minute, Roma couldn’t take advantage of a 10 men SPAL. Up next for Roma is no easy test as they face Napoli.

9. Parma⬇️ Bad loss for Parma as they were looking very good the past couple of weeks. 2-0 was the final, in a match that they handed to Lazio. Mental mistakes cost them points. Up next for Parma is a road match against Atalanta.

10. Sassuolo↔️ Sassuolo stays in the same spot, after a 0-0 draw to Sampdoria, a tough chess match which they survived with a point. They seem to have lost some steam the past couple of weeks. Hopefully, they find a way to get it together as they face Bologna next.

12. Genoa⬆️ The whole Serie A is thanking Genoa this week, as they were the team that was to slow down the Mighty Juventus just a tad bit, drawing the Old Lady 1-1. Surprisingly the goal didn’t even come from Krzysztof Piątek, but Daniel Bessa in the 67th minute. Hopefully, they don’t get ahead of themselves as Udinese is next.

13. Torino⬇️ Their mediocrity caught up with them as they fell in the rankings, after a 2-2 draw to Bologna. As we all know winning on the road in Serie A is very difficult, Torino is lucky to get a point out of the last match. Things don’t get easier with the next match, as they host Fiorentina.

14. Cagliari ⬆️ Back to back quality performances by the Sicilian club, as they were able to get a draw against Fiorentina, in a Match they gave fits all night to the Violas. Up next will be Cheivo.

15. Udinese⬇️ Another loss for Udinese, This time it was against the red-hot Napoli, as they had no answer for them. Next match won’t be easy as they face hot Genoa.

16. Atalanta⬆️ Great bounce back week for Atalanta as they faced off against the last place Chievo, finding a way to get 5 goals past them, winning 5-1. Atalanta’s Josip Iličić had a stellar game notching a hat-trick. Hopefully, this starts a winning train as they host Parma.

17. Bologna↔️ Not a bad performance by Bologna getting a point against Torino, drawing 2-2. Inzaghi’s bunch show fight I’ll give you that much. Next for Bologna is the tricky Sassuolo.

19. Frosinone ↔️ After finally getting a point since the second Giornata, Frosinone found a way to tie Empoli 3-3, a match in which they had no business drawing. Next up is SPAL

20. Cheivo↔️ They remain in the bottom of the rankings as they still can’t get out of the negatives for their point total. There was some excitement as the former Italy coach Gian Piero Ventura took over for the flying donkeys, yes the same manager who was part of the Italian team that didn’t qualify for the world cup, but as we clearly saw he has a lot of work to do, being embarrassed by Atalanta 5-1. Next is a match with Cagliari.

With Giornata 8 in the books, this week gives us a bunch of great matchups between Champions League and Serie A play. The league is starting to get interesting