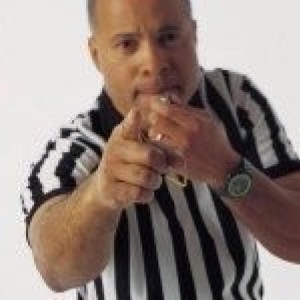 Serie A Talkline: Ronaldo With Juventus

This week on the Serie A Talk Line we highlight the impact of Ronaldo in Serie A with Juventus.

Cristiano Ronaldo is arguably one of the best footballers in the world if not one of the best to ever play the game. That debate can rage on for all eternity, but there is no arguing the production level of the Portuguese superstar.

The now 33-year-old first set the record transfer fee for a player in 2009, when he moved from Manchester United to Real Madrid. Ronaldo’s contract was signed for £80 million to join Madrid, and all he did there was set the all-time club scoring record. Ironically, when he joined the Spanish outfit there was already someone there who was breaking club-scoring records.

Raúl was the big man on the pitch when Ronaldo joined Madrid, and he was the #7 that made all the headlines. Ronaldo got handed the number 9 and patiently waited for Raúl to retire from Spanish football.

If you never had a chance to see Raúl play, I can only apologize to you for missing out on that.

I personally got to enjoy watching Raúl play with the New York Cosmos in 2015. I was with the NY Cosmos media from 2014 to 2016, and I was hosting the official team podcast and attended almost every home game. In fact, here is a shot of me before the 2015 home opener from Shuart Stadium, with Pele’s Head in hand!

Those were some good times for us NY Cosmos fans and media!

Getting back to Ronaldo, he once again set a record for transfer fees of players over 30 years old when Juventus completed the €100 million fee. He is signed for the next four years, so this could possibly be his last stop considering he will be 37 when the contract runs out.

Regardless, the accomplishments of Cristiano Ronaldo reveals a list of awards entirely too long to discuss in this article. We would be sitting here for a very long time reading the statistics of a man who has already done so much in the sport.

He was an instrumental part of their win over Juventus in the 2016 C.L finals, so now he has an opportunity to lead Juventus to the promised land.

So far in the 2018/19 Serie A campaign, Ronaldo and Juventus have played three matches in league play. Ronaldo has yet to find the back of the net thus far after taking 23 shots on goal. This is the longest stretch of shots he has taken and come up empty since 2003 when he joined the Premier League, but we all know that should be changing soon.

Apparently, Cristiano Ronaldo’s son isn’t having the same scoring issues, as that story is just getting out. How about Cristiano Ronaldo Jr, and his four goals this past weekend for the Juventus U-9 club. (Thanks to SportsKeeda for the link)

Winning matches is the obvious goal, and yes, Juventus has taken all 9 points from their three Serie A outings. As important as we know that is, Ronaldo’s ego and ability has him asking questions about coming to Italy. No one is in panic mode quite yet, although when you sign for big money like that, the fans want it all! Make no mistake, Ronaldo has set quite a high bar for himself, so he too might be pushing a little harder then he would like. Getting that first goal on his ledger for The Old Lady will likely lead to a run of goal-scoring that we’re accustomed to seeing from Ronaldo.

The Italian game is simply not the same as it is in Spain. Any reputable European pundit will tell you that they are not expecting Ronaldo to come to Italy and break all the scoring records.

The signing of Ronaldo also impacted the Juventus roster tremendously in the summer transfer window. Gone are Gigi Buffon and Gonzalo Higuaín, who were two highly instrumental pieces of the pie.

Higuaín is indeed the Serie A single-season record holder for goals scored, which came in the 2015/16 campaign. Gigi Buffon is simply one of the best goalkeepers I have had the pleasure to watch, and there is no argument about his leadership.

There is certainly enough left in place for Juventus to aid Ronaldo towards an eighth-straight Scudetto. Mario Mandzukic is a formidable striker in any league, and Paulo Dybala’s left foot can change a match in a heartbeat. Federico Bernardeschi has started all three Juventus matches alongside Ronaldo, and Miralem Pjanic will be finding Ronaldo on set pieces soon enough.

All European leagues will be taking this next weekend off for the Nations League action next week. Ronaldo will be leading Portugal in League A – Group 3, which also features Italy and Poland in the fray. That will, of course, lead to the Euro 2020 Championships that will play out over the next 2 years.

Juventus manager Massimiliano Allegri has stated to the media that he hopes to rest Ronaldo at times this year. That is quite a feat considering that Ronaldo usually plays every minute of every match he appears in. The issue is the amount of football Juventus has to play within any given campaign. Navigating a Champions League campaign, the Serie A season and other affairs will likely be why Massimiliano has to make those decisions.

No one doubts that Ronaldo’s impact in Serie A will be coming in short fashion, simply because goal scorers do one thing. Score goals! Juventus will have two weeks to prepare for their next league outing on September 16. Juventus will be playing their second home match of the campaign as they host Sassuolo, who is coming off a 5-goal barrage against Genoa this past weekend. In fact, as you look at the Serie A table through 3 fixtures, Juventus sits in the top spot and Sassuolo is right behind them in second.

All of a sudden, the Juventus / Sassuolo match became an affair between the top two clubs in Serie A.

Is Ronaldo frustrated by the slow start with his new club in Serie A? Based on his facial expressions during this weekend’s match against Parma, it seems like he is. He certainly looks out of sorts and, maybe, he is just pressing too hard to find that first goal. It will come, and Juventus fans need not worry too much about the psyche of their 100-million-Euro-man. Well, his head is somewhere none of us have been, and we know he will find his scoring groove on the Italian pitch, probably in fine fashion.