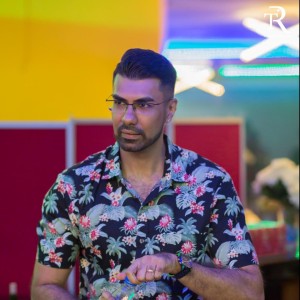 Inter are engulfed in drama at the moment. Things have been brewing from the onset of the winter transfer window. Ivan Perisic requested a transfer and it was made public. Team captain Mauro Icardi through his agent requested a pay rise.

There were murmurs of discontent among the other players too. Perisic didn’t get the transfer he wanted so he stayed on. Icardi, on the other hand, was brewing something. His performance levels had dropped and he was on a goal drought.

The manager, Luciano Spalletti sounded a warning after the win over Parma on Icardi’s situation. Something must have transpired that led to his demotion as team captain. The timing of it could not have been any worse. It was announced on the eve of Inter’s Europa League Round of 32 clash against Rapid Vienna.

Not only was he demoted, but he was also left out completely from the squad. It later transpired that he refused to go out of disappointment of being demoted. What exactly happened is open to conjecture. I am delighted that Inter has reacted strongly to deal with this situation.

There was already a precedent when Icardi and his agent-wife, Wanda Nara used the same tactics to get his contract renewed. At that time, I felt Inter should have dealt with it strongly and sold him. They didn’t do so because there was no Beppe Marotta then.

My friend who is a Juventus fan raved about him when he was there and I just looked on in envy. His appointment is a coup for Inter. He takes no prisoners. The club is bigger than any individual and he has proven it. Radja Nainggolan was suspended for a disciplinary discretion.

Perisic was not sold until someone came in with a concrete offer that matched the value of the player. Now Icardi has been stripped of his captaincy for a discretion that is open to conjecture. It will not be a major surprise that it has to do with his demand for a new contract.

I have not been very fond of Icardi since the emergence of his relationship with Wanda and I cannot judge them. I would have no problem with whatever they choose to do in their personal life. However, the way Icardi conducted himself at the onset of this affair grated at me. Therein started my dislike of him.

As a captain for a prestigious and illustrious club like Inter, the captain has to not only be a fantastic player, he has to be a great human being too. I do not know him personally and cannot judge him as a person. He just does not strike me as captain material at all as a human being.

On the pitch, when the going gets tough, he goes missing. There is no leadership from him at all. As a player, I would describe him as an effective player. He is a prolific striker and has scored lots for Inter. He is a danger in the box but outside of it, he holds no threat.

While I am delighted that he is no more the team captain, I feel the timing of it has not been great. There are about 3 months left to the season and Inter is not exactly on fire right now. They are desperately looking to steady the turbulent run of form and improve their performance.

The last thing the team needs is drama and uncertainty in the dressing room. Officially, Icardi has not been suspended. He is a professional contracted to the club. It remains to be seen how he will be reintegrated into the team. I am not sure as well how the squad will receive him.

Can the team put aside their differences and work towards the common good of Inter? Normally, things don’t go well in such situations and it will affect the performances further. This is a very tough situation to deal with for Spalletti as well as the upper management at the club.

Without Icardi, Inter has only one recognized striker and are terribly short staffed. Lautaro Martinez is a more all rounded as a player but raw. He needs more games and further development. It is a great opportunity for him to prove his worth though.

I don’t feel this is the end of this saga. There will surely be more developments to this story. Stay Tuned!