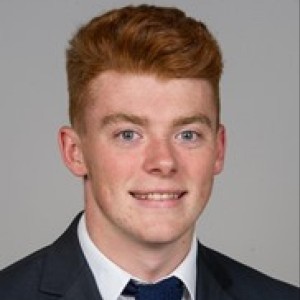 January has been a month to forget for Spurs fans, with critical injuries to key players and bad results. With a positive looking December, the team looked ready to take the new year by storm. Mauricio Pochettino’s players have been lackluster in important games, with three big impact losses. The team will be wanting to improve on these results moving into February and keep hold of their champions league spot.

The team initially started January playing good football, winning their first three games of the new year. Their next opponent, however, was the seemingly new-look Manchester United team, now lead by Ole Gunnar Solskjær. The team lost 1-0, and this is where they lost their star striker Harry Kane to injury. Losing Kane was, and still is, horrific for the team as they lose their target man up front. Tottenham have not looked as lethal as usual since Kane’s injury, displaying his value to the success of the team.

The team had a bounce back to form after the United loss, this was with a 2-1 win over Fulham. This form, unfortunately, was short-lived, as the second leg of the Carabao Cup ended with a loss on penalties. Chelsea in the fixture was capitalizing on their chances early, with two goals in the first half. Tottenham scraped a goal back which took the game to extra time, then followed by a penalty shootout. Chelsea scored 4 penalties in comparison to Tottenham’s 2, Eric Dier and Lucas Moura with the misses. With this loss, Tottenham is out of the cup, and focus was to shift towards their upcoming premier league fixtures.

The following fixture for Tottenham was against Crystal Palace, a game they would expect to win. Similarly to the rest of their form this season they lost this game as well, this time 2-0. Yet another setback for Spurs, for what was meant to be a should win game. The game seemed to lack spark for Tottenham, which one could blame on their previous defeat and feeling deflated. The Spurs were truly needing a turnaround, and they just about scraped one with a 2-1 win over Watford. This game also was a game which was expected to be easier than it turned out to be. Pochettino’s players are not completely out of a title race just yet, and that needs to be a driving force for them. They are only 7 points back from Liverpool (1st) and 5 points back from Manchester City (2nd).

Harry Kane is scheduled to be out until March, which has proven to be a huge hit for the team. The team has been unimpressive in front of goal since his departure, which has affected results significantly. Their leader can only galvanize his team from the bench for the time being, while they try to produce until his return. Tottenham is not wanting to rush Kane back, and allow the ligament in his ankle to heal fully.

Another Key injury is to the teams' other star players, Dele Ali who was hurt in the Fulham game. Dele provides the energy and pace from the midfield, which many of the players feed off. However, he picked up a hamstring strain, which will also have him on the sideline until March. This injury comes at another crucial position for Tottenham as they recently sold Dembélé to Guangzhou R&F in China. They are now relying on bench players to fill extremely large shoes, of both key starters.

This month was one to forget for Tottenham, with key players being hurt, and crucial games being lost. The team, however, cannot lose hope, there is still a lot to play for, and it needs their full effort. With lots of important premier league games this month, they need to win them to keep the fight for the title alive. The other important game this month is the first leg of the champions league, a huge game against Borussia Dortmund. If Tottenham can make it through this month successfully, then get their star players back there is hope to finish strong.

I am Sam Thornton, a Senior Telecommunications major at Texas A&M University. I am an aspiring journalist/analyst, and have a genuine love for sports.
All Posts