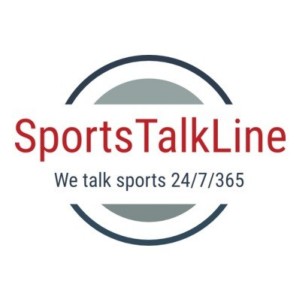 It can be hard for a top athlete after they retire, with little to replace the buzz of their on-field achievements.

Whether it is scoring a touchdown in an NFL game, smashing an ace to win a set in tennis, or scoring a goal in soccer, that huge rush when the crowd erupts is something many find elusive. Some remain in their chosen sport, acting as a pundit, a coach or even an ambassador for their country. Others struggle with life after their career and must search for that high elsewhere.

It may be why casinos and high-stakes poker games appeal to athletes, both during their careers and after. When you live life right on the edge, achieving things others cannot, how do you possibly unwind? What can you do during a period out injured, other than seek those thrills elsewhere? A rush from winning a high-stakes hand in poker may just be the sort of replacement that helps keep a former athlete feeling energized and excited.

It certainly worked for these five, who have all sought refuge around a poker table since retiring, or do so whilst still in their chosen sports.

Cristiano Ronaldo is currently playing for Italian giants Juventus and is widely regarded as one of, if not the best soccer player in the world. He has helped his country to a European Championship, as well as winning domestic titles and the prestigious Champions League. He is also a fan of poker and is a brand ambassador for a leading competition alongside Brazilian soccer player Neymar Jr.

Phelps is a 23-time Olympic gold medalist, arguably the greatest swimmer of all time. In total, including his World Championship and Pan Pacific medals, he holds 66 golds, 14 silvers and three bronze. The 35-year-old might be a legend in the pool, but he is also a well-known face around the high-stakes poker games in Las Vegas. Poker.org describes him as a ‘staple’ in the City of Lights during the World Series of Poker, and he even appeared as a contestant in 2018. According to Swimswam.com, he took home a modest $3,000 from the competition.

World soccer has been graced by two players called Ronaldo, each equally as brilliant as the other. The Brazilian Ronaldo was the first, a two-time World Cup winner who is perhaps more famous for the one he did not win at France in 1998. Still, he bounced back on the field to win in 2002, and he has shown the same resilience as he builds a poker career. He surprised everyone with success at the 2015 PokerStars Caribbean Adventure $10,000 buy-in Main Event, winning $42,180.

Warne was a staple in test cricket for 15 years, appearing in 145 matches, scoring over 3,000 runs. He was best known for his bowling though, taking 708 test wickets, 293 in one-day internationals and more than 1,300 in first-class cricket. After leaving the sport he picked up the cards, finishing third in the Victoria Poker Championship $10,000 buy-in High Stakes Tournament in 2010, taking home $35,899.

Boris Becker was the youngest ever Wimbledon champion after winning in 1985, a record which stands today. He won six Grand Slam titles in all, three in London, a US Open in 1989 and two Australian Opens. He also won 13 Masters Series titles and an Olympic gold medal in doubles. Since hanging up the racquet, he has become a brand ambassador for two major poker sites, the most recent of which is GGPoker which he joined in 2020.

The year 2022 may be ending soon, but there are still significant events to look forward to, especially in sports. The waiting