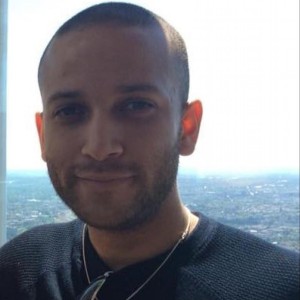 These Are The Latest Thomas Partey Rumour

For this we have to go way back to April reports within Spain were coming out left right and centre to the surprise of the Atletico Madrid fans that the club had put their midfield power house’s contract on hold. Atletico Madrid has done this as they had to explore and ascertain their financial situation for the upcoming year so at the time appeared, they couldn’t commit to the existing contract that was on the table since around October time.

The next part of the story comes from none other than Thomas Partey’s own father Jacob Partey stating that Thomas wasn’t interested in the extension on the table, which in turn caused Thomas sports agency JJ Sports Management to come out to deny the comments made by Jacob.

One could call that damage control considering the transfer window was months away. On the 28th April, the highly respected and extremely reliable Di Marzio stated on twitter that Arsenal has a chance of signing Thomas Partey going on to say “Arsenal want Thomas a lot. Every Atletico Madrid player is on the market, so it would depend on the offer” Di Marzio continued “Atletico will want money, so it is difficult to see them doing a deal involving a player/s.”

It is widely known that Thomas has a 50 Million euro buyout clause which converts to around £43 million pounds.

A report coming out of Italy stated that Thomas wanted to stay at Atletico, but it seemed to go against the grain of what had been reported.

Reports from Spain claimed that Arsenal ware the club showing the most interest in Thomas Partey and Atletico Madrid were reported to be unhappy with the way Thomas Partey’s representatives were conducting themselves.

There were some reports coming from Spain that Atletico were looking at a possible exchange with Arsenal for Alexandre Lacazette this had been spoken about by the lads at SBTB in our WhatsApp group but was just an idea but reports come out to back up that theory as Atletico Madrid were looking for a new Striker.

The extremely reliable Mike McGrath reported that Thomas Partey has informed Atletico Madrid that he would like to leave and to join Arsenal and that he hoped that the two clubs could settle on a deal. Also on the 4th Alexandre Lacazette and his agency both came out to dispel the rumours of him leaving Arsenal.

Arsenal gained a rival for Thomas Partey’s signature, one of Arsenal's long term rivals in Manchester united joined the party for Thomas.

Some of Thomas Partey’s relatives from Ghana came out to point out a few things, one being that Thomas has been a lifelong Arsenal fan and that he really admires Arteta’s vision for Arsenal, Also Thomas sees London as a very attractive city.

Widely respected La Liga expert Graham Hunter spoke about the potential move to Arsenal from Atletico Madrid.  Graham had the following to say on the matter with the amount of Premier League football shown in Thomas homeland of Ghana as well as the role Arteta has had a player and coach could play a big part of Thomas' decision to move, as well as him being a fan of Arsenal since his younger days. Graham also added with the debt of Atletico Madrid will likely see other clubs approaching them for their players and despite Partey being a significant player, there is a degree of maneuverability as they have others within the squad to fill the void and they seem to think Marcus Llorente is the player to do so.

Graham Hunter has reported that he doesn’t see Lacazette being a part of the deal for Thomas Partey as he doesn’t fit the profile that Atletico are looking for.

English media were citing each other suggesting that Thomas Partey could be a part of an exchange with Liverpool for none other than ex-Arsenal player Alex Oxlade Chamberlain.

Kasmin Nuhu who is Thomas Partey’s international teammate made some very interesting comments. “Atletico is a very good club, so he’s playing at one of the biggest clubs in the world and Arsenal are also one of the biggest. But as we know the Premier League is the best league in the world, so if he joins Arsenal ill be happy for him.”

Also on the 12th it was reported that Atletico Madrid had lowered the buyout clause for Thomas down to 40 million euros / £35 million.

Spanish reports stating Arsenal would be open for a swap deal for Thomas Partey Involving Alexandre Lacazette in a dry swap.

The usually reliable reporter Fabrizio Romano reported Partey was in discussions with Atletico regarding a new deal and clarified what we already knew that the deal was the same one that was on the table since October.

Sky sports Spanish correspondent Guillem Balague reports that’s Thomas Partey will not be signing a new contract at Atletico Madrid. Guillem also believed that any club would pay the full buy out clause 50 million euros so other ideas  will have to come to the table to secure the deal

Also on the 3rd the highly reliable Candena SER reports that arsenal are the most interested club and that the 50 million buy out clause is accessible to Arsenal.  In addition to this reports coming out of Spain reported that Atletico Madrid are lining up Mauro Arambarri as Thomas Partey’s replacement.

Reports out of Ghana are stating that Partey will decide his fate in the coming days before the restart of La Liga, A source close to Partey said to footballghana that Partey wants to play for Arsenal and should expect to be there next season.

Spanish Reports are stating that Atletico Madrid are ready to let Thomas Partey leave the club after targeting Idrissu Baba and being assured that Mallorca would be willing to negotiate a lower figure than his 45 million euro buy out clause.

Reports in Spain and Italy are coming out saying Arsenal have every intention of activating Thomas Partey’s buy out clause which could possibly be paid in 3 instalments.

From Ghana this time Jacob Partey has made another appearance. Jacob is attempting to poor cold water on the deal to Arsenal.

More from Ghana this time from Ghana Sports online reporting Arsenal are set to formally activate the buyout clause for Thomas.

Spanish Reports stating Atletico don’t need to renegotiate with Thomas Partey as they have a very good deal on the table already and if not accepted then a team would need to activate the buy out clause.

Journalist Alvaro Gonalez says Thomas Partey’s Father has again spoken on the topic of a possible departure from Atletico and that Partey’s camp has done very little to dispel the rumours of a departure, but Thomas remains 100% focused on Atletico Madrid.

The most reliable source in Spain Candena Cope have reported that senior figures within Atletico are of the belief that Thomas Partey is off with Arsenal the most likely destination.

Partidazocope had a exclusive piece stating that Thomas has absolutely decided to leave Atletico Madrid and more to Arsenal and wouldn’t entertain any offer from Atletico Madrid as Thomas doesn’t feel valued and with the 50 million euro buy out clause the money from that will complete the purchase of Alvaro Morata.

Spanish reports are suggesting Arsenal would triple Partey’s wages from 42k per week to around 126k per week.

Guillem Balague coming with more claims this time, he has stated that he feels that Atletico Madrid are actively pushing Thomas out the door and they believe Thomas will be gone at the end of the season with his destination being Arsenal.

According to Vavel.com reporting Atletico are bracing themselves for the exit of Thomas Pare tub the coming weeks.

La Razon have spoken about how its an Open secret that Thomas Partey will join Arsenal, who are intent of paying the buy out clause and added that Atletico Madrid has already begun scouting for his replacement.
News from Ghana, more Ghanaian reports state Arsenals intent to pay the buy out clause in the coming days.

Spanish reports are reporting that Atletico would be willing to drop the buyout clause if Arsenal agree to work out a “head to head” deal including another of Arsenal’s French contingent in Matteo Guendouzi.

Graham hunter stated that Thomas Partey is ready to come to Arsenal.

Well, what can I say in regards to Tomas Partey? In my honest opinion, Thomas Partey is the most complete midfielder that you are likely to come across. He would be the closest replacement to Patrick Vieira which Arsenal has missed for…. well since Patrick left. Per 90 stats from squawka.com from August to March per 90 minutes Thomas has:

And a staggering 8.17 Ball recoveries.

With these types of defensive stats that would instantly sure up our midfield and provide a shield for our defense.  Now, this isn’t to take away from Partey’s ball-playing abilities he is extremely strong on the ball with short and long-range passing. With the ball at his feet, he is able to use his extremely impressive frame to hold off opposition when dribbling the ball into midfield. With speaking of Thomas frame, he is able to use this to his advantage by willing the majority of aerial duals again this will help both defensively and offensive to give Arsenal another dimension. If you want to know more about Partey please have a look at another of my SBTB colleagues video analysis of Thomas Partey @RyanClaytonSBTB

So the question on everyone’s lips. Where does Thomas fit in? the answer is everywhere. Thomas will give us an abundance of options in the midfield as I mentioned in my Marc Roca piece and it would appear Mikel Arteta would need to have someone of Partey’s calibre and profile one that can hold and shield the defence when on the back foot but also a man that’s able to progress with the ball and start linking the midfield and the attack.  I believe Arsenal’s Midfield will be very different from what we're seeing at the moment. It will be tall, mobile, combative, ball playing and most importantly disciplined. I know its mouth-watering isn’t it. Thomas Partey gives Mikel Arteta tactical fluidity as he could be one of the two CM’s in a 4231 he could also be the box to box midfielder in a 433 likewise in a 451 or even if Arsenal go a bit more defensive in a 532. With Partey’s Calibre and strengths in midfield, it instantly boosts the profile of our midfield and how we would be able to progress in future. This is just the start of the Arteta rebuild and my lord I for one am extremely excited.

As I’ve said on the pod I believe this deal to be done looking at the evidence at the start of this article and with Arsenal doing business away from the English press it seems all the leaks are coming out of the player's homeland and Spain and given the reliable outlets in Spain reporting it seems the English media is only just catching up which usually indicates it's done and a done deal. As mentioned earlier on with the window I believe the two clubs are waiting for the transfer window to open due to the restart of the respective leagues so I would expect this to be finalized around the 2nd or 3rd week of the window.