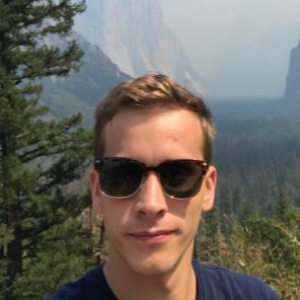 Are Sports Islands The Solution?

It over 30 days without sports and sports fans worldwide demand some action! Sports Islands may be exactly what we were waiting for.

But What are Sports Islands?

Well, don't think of them as actual physical islands full of sports. That would be a utopia.

Instead, try to imagine a location that has an abundance of sports facilities but relatively few people that could use these facilities. Thus, different sports leagues will be able to come into these often remote areas and hanker down get their teams practice and play again with a minimum required staff and contact with the outside world.

Sorry fans, you are also not gonna be included these games will be played without any fans but worry not! Here on Sports Talk Line, we will bring you highlights of your favorite sports teams across the sports spectrum.

Donald Trump's medical advisor dr. Anthony Fouci confirmed that sports can be back "relatively" soon but there must be some measures:

“Nobody comes to the stadium. Put [the players] in big hotels, wherever you want to play, keep them very well surveilled. ... Have them tested every single week and make sure they don’t wind up infecting each other or their family, and just let them play the season out.”

Where Should Some Of These Sports Island Be?

This is all just a speculation at this moment but we know of a few potential places that some sports leagues may want to create their sport-specific Sports Island.

According to some recent rumors NHL officials picked North Dakota as hockey Sports Island. It kinda makes sense if you think about... North Dakota does not have any professional NHL team so nobody can complain that their local team has an upper hand, also, North Dakota is one of the least infected Covid-19 states and they reportedly have great hockey facilities.

Las Vegas a place of sin and gambling has got NHL and now even NFL team, including 2020 NFL Draft, so why not give it a little taste of some basketball action too at least for a bit?

Las Vegas is a hot contender for the NBA Sports Island idea. The city is on complete lockdown for weeks now with Casinos and Vegas strip looking like places from a post-apocalyptic movie, which makes it ideal for NBA. Minimal contact with fans and potentially sick people.

Major League Baseball season hasn't even started and a chunk of its spring training had to be canceled but MLB like other sports leagues in the USA picked a remote location where it would like to start its season.

According to the latest reports, MLB should reside for time being in Arizona, Phoenix area.

UFC is probably the only sport that due to its nature can even play with the idea to actually have a physical island where top fighters would fight. Getting back to combat sports gladiator roots maybe? Well, either way, UFC's president Dana White promised that Fight Island will happen.

He did not shed more light on where this mysterious island would be and when will it open but he told ESPN in his recent interview:

“I’m telling all my guys not to worry because ‘Fight Island’ is going to happen.

“All the infrastructure is being built right now and getting put in place. As we get closer to that, then I’ll start figuring out booking fights, getting guys ready.

Is this something that UFC management planned for some time and their idea needs to be expedited, due to the coronavirus scare, or is this a creative response to global economic and sports shutdown?

The world will never be the same and sports executives all over the world seem to favor the "Sports Island" idea.

What's your opinion on Sports Island?

Are they a good idea?

How will Sports Island affect sports in long term, if at all?