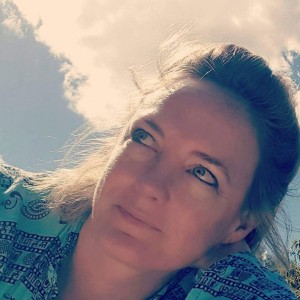 A reporter once asked President John Kennedy what the difference was between the Atlas rocket sending astronaut John Glenn into space, and a nuclear armed intercontinental ballistic missile (ICBM).

This month as President Donald Trump attempts to play rope-a-dope with federal investigators and the press – I am thinking about the ruthless attitude and nuclear brinkmanship of North Korean leader Kim Jong-un, Olympic archery, pro golf, and two remarkable Americans I met in Australia.

Gordon Flake and Scott Snyder are among America’s top Korea hands doing their level best to prevent nuclear proliferation and another all-out war on the Korean peninsula.

Among Flake and Snyder’s winning traits, three stand out: humility, humor and great intellect. Are they extraordinary boxers like Muhammad Ali or George Foreman? Well, if you count think-tank research and diplomacy as blood sports, then, yes.

Over a campfire in New Mexico two decades ago, North Korea’s ambassador to the United Nations explained to an American how his country keeps the U.S. military at bay: “We’re more willing to cut off a leg than you are a pinkie.”

That American was Gordon Flake. In a recent interview, Flake suggests North Korea’s ‘attitude’, not necessarily its technical advancements in missile delivery systems, will determine whether regional peace is possible.

@snydersas North Korea lives in the space created by geostrategic distrust between China and the United States https://t.co/8oh1PtDaH9

I mention Flake and Snyder because whilst they might not be names you know, their insights are worth hearing. Hacking off legs and pinkies are not their thing but they know how to gauge those who do.

These days, with enough rope and ‘yes men’, it may appear anyone can become a ruthless dictator, international bully or self-serving cheat. Certainly since 1919 professional baseball, track, cycling, and tennis have had their fair share.

But much like a head coach who trains the defense and offense by invoking Bruce Lee’s ‘Be like water’, Flake and Snyder encourage diplomats to consider tri-lateral coordination to alter Chinese-Japanese-South Korean behaviors, and therefore, possibly North Korea’s behavior.

Sound coaching, excellent ‘attitude’, talent, passion and perseverance can shape young diplomats and athletes into talented players, and even champions. Families play their part by helping athletes build character and steely resolve. But when world events and geopolitical tensions simmer and boil over onto the track and field, slam against the boards or dive into the pool, as they did at the 1936, 1968, 1972, 1980, 2012, 2014 and 2016 Olympics, international sports can inspire generations or turn into something rather ugly, even deadly as it did in Munich.

In recent months, Korean peninsula tensions landed on the green. All of professional golf’s international ruling bodies ought to consider uniting to protect players’ interests – as well as those of the fans and event organizers.

But often with these things, it’s the athlete who extends an open hand – and mind – on the green, near the finish line, on the podium or around a campfire. Players, teams and even diplomats can inspire new ways of thinking about international competition, including war.

This is no small feat. Like Japan’s Olympic archer Ren Hayakawa, who demonstrated creativity, relentless drive and sportsmanship during the London 2012 Olympics, Flake and Snyder are neither overbearing nor brutish. Their plain and powerful language of mutual respect and common decency, demonstrates they avoid convoluted “IR speak”, international relations lingo used by academics who seem to prefer illusionary ivory towers.

What distinguishes great coaches and Olympic champions from other coaches and athletes? Attitude. Heart. Guts. Skill. And a willingness to coach or play through excruciating pain or embarrassment, and knowing when not to.

In their own way, Flake and Snyder reflect honourable American traditions and principles that keep the U.S. in the global game. That matters because the U.S. State Department may face historic budget cuts, and the U.S. military are not diplomats – nor should they be asked to serve as such.

We hear often that China’s not a “team player”, and that U.S. nuclear non-proliferation talks with North Korea are “more like a marathon than a race.” But more and more experts suggest the clock is running out, and it’s time for a record breaking mile-run. A frustrated Beijing is still extending a hand to North Korea. Whether Kim Jong-un reaches back is yet to be seen. Besides, Beijing’s hand could be a clenched salute, for all we know.

Will we see another Dennis Rodman ‘Hail Mary’ trip to Pyongyang? Stranger things have happened. I’d rather see our country field our best.

Gordon, Scott – thanks for suiting up and going the extra mile.

SportsTalkLine Contributor, when not writing thesis pages on contemporary foreign policy. Once rode an elevator with Mark Spitz. Still smiling. Tweeting what strikes my fancy @RCHanoi
All Posts

I have a confession to make, I have not been a college fan for the full 150 years the league has been