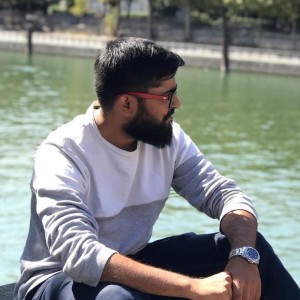 Manchester City and FFP: All You Need to Know

Contents hide
1 The Premier League treble winners find themselves in a rather complicated situation with UEFA, FIFA, FA and the Premier League going through their financials and transfer signings.
2 Why is City being investigated?
3 What's next?
3.1 How long will the process take?
3.2 What about the damages City face?

Why is City being investigated?

A German newspaper, Der Spiegel, leaked documents regarding Manchester City's financials. The records show that the Premier League champions, with the help of their owner - Sheikh Mansour -pumped money in the club via sponsors linked to him. This, in turn, technically, increased the club's commercial income to meet FFP rules. This goes without saying, but the club did not reveal this to UEFA.

City denied any wrongdoings, but it is now believed that the club could face expulsion from the Champions League for 1 season. This is yet to be confirmed, but this is the punishment that members of the investigatory chamber of Uefa's financial watchdog - the Club Financial Control Body (CFCB), which is effectively the 'prosecution' in this process wants.

A vote will take place whether or not to uphold this decision and which sanction to apply. It can range from - warning, fine, deduction of points, squad restrictions, withholding of revenues, ban from future competition or even withdrawal of a title!

This won't be the first time UEFA ban a club form their competition. FC Dynamo Moscow was kicked out of the Europa League in 2015 for failing to comply with the FFP rules. Galatasaray received the same punishment. So don't be too surprised if City is met with the same fate.

Will the adjudicatory chamber agree with Leterme's recommendation?

Now, this is the main question, right? Well, it may look like a simple answer, but it's not. There is a feeling with the UEFA group that it would be much difficult to just "ban" a club like City from their competition.

However, there is also s feeling that now is the time UEFA show they are serious with their FFP and will not be intimidated by a rich and powerful club.

How long will the process take?

Week? Nope, months! That's right. There's a lot to play here and finding a solution in weeks - highly unlikely. An oral hearing may also be called.

After UEFA announce their verdict, the club also has the right to appeal to the Court of Arbitration of Sports (CAS). So, it looks highly unlikely that the club would get banned from the Champions League, at least for the next season.

What about the damages City face?

Apart from being ineligible to play in the competition that Pep and the club most desperately want to win, there would be a significant financial blow as well.

Firstly, UEFA gives the clubs participating in the tournament a whopping 2 billion euro every year. Now that's a significant loss.

Secondly, how do you think the Abu Dhabi royal family would take after being labeled as cheats? Not well. The UAE has spent significantly on sports and is still looking to expand in football, especially.

A lot is at stake for the England champions in upcoming months.

An Indian living in France with just enough knowledge to survive in the land of Wine, Baguette and Cheese. Back on Facebook with a new account as my older account has been (wrongly) disabled. Feel free to reach out to me on Twitter and while you are there, don't forget to follow ;) or add me on FB
All Posts

Training camp has started for the Whitecaps 2020 season. The squad trained all week in Vancouver at the University of British Columbia

Wolves vs Liverpool 1-2: Another Important Victory Puts LFC Closer To The Title

Henderson and Firminho were Liverpool Heroes in Wolves vs Liverpool 1-2 Liverpool win. Both Liverpool lads added another important goal to their