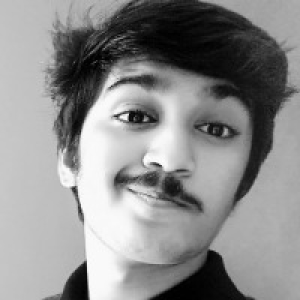 Hello and Welcome to the Soccer Talk Line’s transfer news and rumor roundup! Another two weeks international break is upon us. The host of European Leagues are heading into their business ends and we would be in for some mouth-watering footballing clashes in the coming months. Apparently, some high-profile names in the football fraternity are under the constant spotlight and all this leads to the transfer speculation mounting around them.

Even though the transfer window is currently shut across the European Leagues but the European elites are bending over backward to seal the services of their top targets.

There is already a lot of buzz about the speculated transfers and without further ado, let us take a look at some trending stories which have rattled the headlines in world football.

Manchester United back in for Maguire?

It is not at all a surprise that Manchester United wanted to acquire English defender Harry Maguire's services but they seemingly failed to materialize the said deal and the defender opted to stay at Leicester City.

But recent reports insist that the Red Devils have reinvigorated their pursuit to sign the high-profile center back.

Reports further state that the Manchester outfit is ready to offer him a contract worth £140,000-a-week.

Reds' back up left Back Alberto Moreno is set for a move to Italian outfit Lazio as his contract expired at the cessation of the 2018-19 campaign, suggests the reports.

The tide did turn for the Spanish full-back when Andrew Robertson continued to deliver a series of thumping performances at his expense due to an injury. The Scottish international is now an undisputed first choice left back for the Red Half of Merseyside and it does leave a door open for Alberto Moreno's departure from Anfield.

Italian side Lazio is said to be interested to recruit him and it would be a free transfer as his contract is set the end.

The agent of Inter Milan's highly rated defender Milan Skriniar has revealed that Manchester City did table an offer for the 24-year-old center back but it was rejected.

Premier League's reigning champions have been strongly linked with a move for Skriniar since long along with a host of European elites.

“Any deal would certainly be complicated by the interference of intermediaries.”

Eintracht Frankfurt's attacking cameo Luka Jovic as emerged as one of the most propitious strikers in the world and it's not at all a surprise to see European giants like Barcelona getting lured to break the bank for him.

He has already found the back of the net 23 times and provided 7 assists in all competitions so far this campaign.

The reports have merged that Barcelona is preparing agigantic bid worth €50m (£43m) for Luka Jovic, who has been in flying colors since the start of 2018-19 season.

Football observer and writer from India. Premier league is cup of my tea and I happen to be a Liverpool fanatic.
All Posts

Will Liverpool Win Their First Game As Crowned Champions?

It’s been almost a week since Liverpool have been crowned Premier League Champions for the 1st time in 30 years, due to