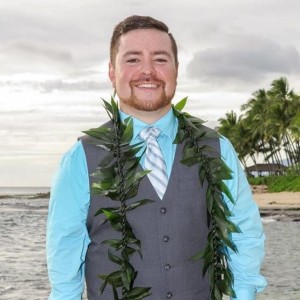 In the first match of week 2, both Orlando City and Chicago looked to post their first win of the season. Chicago had the first chance of the match when Aleksander Katai danced around the touchline, fed a dangerous ball into Nemanja Nikolic, who sent the ball just wide of the net.

In the 47th minute, Nani volleyed a ball into the box and in a real blunder by two Fire defenders, Dom Dwyer was able to get a touch on the ball and send it bouncing into the net.

Thanks to a 64th-minute red card to Jorge Corrales, Orlando City had the game all but one, unfortunately, it was not to be. In the 90’+5’, Chicago’s C.J. Sapong headed home an equalizer from Przemyslaw Frankowski.

At the end of week two, Chicago finds themselves in 8th place in the Eastern Conference, while Orlando sits in 5th with their two draws. Chicago’s next match will be at home versus the Seattle Sounders, and Orlando will host Montreal.

Gyasi Zardes was the main man in notching Columbus’s first win of the season. 25 minutes into the match Pedro Santos fed a perfect bending cross into the box, meeting a strong header from Zardes to give the crew a 1-0 lead they would take into half time.

The Revolution found their best chance in the game when Wilfried Zahibo took a two-handed shove in the box and was awarded a penalty kick early in the second half. Uruguayan midfielder Diego Fagundez stepped up to the mark, but it was Crew’s keeper Zack Steffen with the save to keep the game in favor of the Columbus.

New England’s luck went from bad to worse when Brandon Bye received a straight red for what the referee deemed an errant elbow to the head of Pedro Santos. However, the Revolution was saved when the red card was replaced with a yellow after video review.

Mending an Achilles issue, Zlatan Ibrahimovic did not travel with the Galaxy on their trip to Dallas and they missed his presence. The Galaxy did, however, have the game’s first real chance when defender Rolf Feltscher rattled a cross off the crossbar just before halftime.

In the 52nd minute, after a series of headers, FC Dallas was awarded a penalty kick when Diego Polenta blindly kicked at the airborne ball, missed and hit the arm of Matt Hedges. Reto Ziegler made good on the penalty and put Dallas into a 1-0 lead by sending Galaxy keeper David Bingham the wrong way.

In the 61st minute, Bryan Acosta hit an absolute screamer into the Galaxy net when Paxton Pomykal fed him a perfect ball at the top of the penalty box. From there, Dallas would hold off the Galaxy and leave them scoreless in the match.

FC Dallas sits comfortably in 4th place of the Western Conference while the Galaxy are in 8th after week two. Next week the Galaxy host surging Minnesota, while Dallas travel to Columbus.

The first half of Impact vs Dynamo looked as if it may end scoreless, and then, in a matter of two minutes, both teams put home one goal apiece.

In the 34th minute, Saphir Taider volleyed home a bending cross from Michael Azira to put Montreal up 1-0, but it would be a short-lived celebration. Just about 90 seconds later, Memo Rodriguez blasted the ball into the top corner of the goal in a sublime effort that will be in contention for goal of the week.

Just as the first half appeared it would end goalless and did not, the second half would be a carbon copy. That is, until the 86th minute when Mauro Manotas hammered home the game-winner on a powerful cross from Romell Quioto.

At 1-1-0, Houston sits in 5th place of the Western Conference, and Montreal at 1-0-1 are in 4th place of the Eastern Conference. Houston will have a midweek CONCACAF Champions League second leg against UANL where they are down 0-2 on aggregate. Then on the weekend, they will hose the Vancouver Whitecaps in week three of MLS play. Montreal will continue their road trip with a visit to Orlando.

Real Salt Lake grind out three points in their first win of the season against Vancouver who finds themselves winless two games into the season.

Early on in the match, Corey Baird draws a penalty for Salt Lake to which Jackob Nerwinski converts into a 1-0 lead for the only goal of the match.

Both teams had their fair share of scoring chances but none of them were to be. Salt Lake move up to 6th place in the West and will hit the road in a tough match against DC United. Vancouver finds themselves as one of the three teams with no points so far this season. They sit at 11th in the West and travel to Houston on Saturday.

In an early surprise, Minnesota has blown out of the gates to a 2-0-0 start and are tied for the most goals for in the first two weeks. With a preseason percentage of 59%, the Loons were 8th from the bottom in chances to make the playoffs. This Minnesota team could be one to watch.

During the match, it was all Loons, all the time. They created several chances that were pushed away by Earthquake’s goalkeeper Daniel Vega, but in the 47th minute Marcos Lopez very clearly intentionally committed a handball in the box. It was not initially called, but VAR confirmed the handball and awarded a penalty for Minnesota. Darwin Quintero made good on the opportunity and gave Minnesota the 1-0 lead.

Just a few minutes later, Quintero was involved in Minnesota’s second goal by assisting Miguel Ibarra who bent home a beautiful strike. In the 75th minute, the San Jose put the final nail in their own coffin when Harold Cummings committed an own goal on a glancing header during a Minnesota free kick.

San Jose sits at the bottom of the Western Conference with zero points, and Minnesota are 2nd only to the Seattle Sounders who lead on goal differential.

The Sounders continued their hot start with a barrage of attacks early in the match against Colorado. In the 5th minute, Kelvin Leerdam volleyed in his second goal of the season on a failed clearance from the Rapids defense. This is the 28-year-olds second goal in as many games this season and had only one in his 20 appearances last season for the Sounders.

Just 3 minutes later Raul Ruidiaz continued his hot streak by putting his second goal of the season. Ruidiaz now has 10 goals in his last 7 matches in the MLS dating back to last season.

The Rapids had very few real scoring opportunities but did send one skimming by Stefon Frei in the 66th minute. The Rapids fall to 9th in the West with a tough home match against Sporting KC in their next match. The Sounders will hit the road and face the Chicago Fire on Saturday.

The story of Sunday’s first match was the equivalent of baseball’s pitcher's duel. Both keepers Sean Johnson and Bill Hamid stole the highlights and left both teams scoreless. There were several excellent attempts by both offenses, but the keepers were the ones that made headlines.

NYCFC will play host to LAFC in its next match and DC United will host Real Salt Lake. As it stands, NYCFC sits in 6th place in the East and DC United are in 2nd.

In the 9th minute, a penalty was conceded by the Union’s Auston Trusty who had a blatant two-handed shove in the penalty box. Ilie Sanchez made good on the opportunity and gave SKC the 1-0 lead.

Philadelphia was awarded a penalty of their own in the when VAR revealed a very obvious handball. The Union were not successful in converting their penalty and the score remained the same.

In the 57th minute, things got worse for Philadelphia as Marco Fabian was shown a red card upon video review for stepping on Johnny Russell. Philadelphia’s fate was sealed when defender Jack Elliott deflected an SKC cross into his own net for a 2-0 deficit.

The Union sits in the last place of the Eastern Conference and will travel to the defending MLS Champions Atlanta in their next match. SKC sit in 7th place in the West and will have a midweek CONCACAF Champions League match against Independiente de la Chorrera where they trail 1-2 on aggregate. Their next MLS match will be at Colorado on Sunday.

Atlanta looked to have shaken off the early jitters when Josef Martinez blasts home a 5th-minute goal and 1-0 lead. A lead Atlanta would hold until the waning moments of the match.

Both teams had real chances during the middle of the match but none would come to fruition. Cincinnati looked to have the equalizing goal in the 55th minute but were flagged for offsides, and Josef Martinez was stymied by Cincinnati keeper Spencer Richey.

It looked all but sealed until a beautiful through ball from Kenny Saief to Roland Lamah who would slot the equalizer past Brad Guzan and give FC Cincinnati their first point in the MLS.

Atlanta is in 10th place in the East as they are one of five teams with only one point. They face last-place Philadelphia in their next week. Cincinnati will have their first ever home match against the Portland Timbers.

Portland looked to rebound from a disappointing draw at Colorado but as it turned out, LAFC would become one of only three teams with two wins, and all are in the Western Conference.

In the 14th minute, LAFC’s Mark-Anthony Kaye would head home a corner kick to give LA an early lead. It would however not be long-lived as just fifteen minutes later Portland’s Jeremy Ebobisse would put in a header of his home, this one from a free kick. That, unfortunately, would be the last notable highlight for the Timbers.

In the 45th and 65th minute, both Christian Ramirez and Adama Diomande would punch in goals for LA on crosses right across the goalkeeper’s box. Just three minutes later Carlos Vela would put the final nail in the coffin for the Timbers and send them back to Portland with a loss and red card in hand for Diego Chara.

Portland finds themselves in a disappointing 10th place in the West and will travel to the MLS’s newest squad in Cincinnati for their next match. LAFC will test their undefeated season in New York as they take on NYCFC.

Will Liverpool Win Their First Game As Crowned Champions?

It’s been almost a week since Liverpool have been crowned Premier League Champions for the 1st time in 30 years, due to