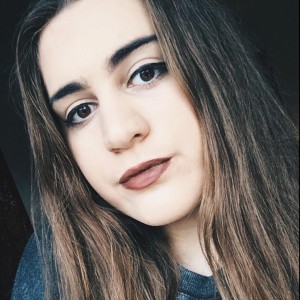 Liverpool suffers first Premier League defeat of the season as Manchester City comes out on top ina 2-1 victory at the Etihad.

In a game of fine margins, the first big chance fell to Liverpool in the 17thminute. A well-worked move from the Reds ended with Mane’s shot hitting the post and rolling to stones who sent the ball straight into Ederson. The deflection looked like it crossed the line, but a last-ditch clearance from Stones denied Liverpool the chance to go 1-0 up.

But it was the home side that took the lead just before half-time as Bernardo Siva broke down the left-hand side and cut the ball back to Aguero at the near post. The Argentine blasted the ball straight into the back of the net, giving Alisson so chance.

Liverpool eventually found an equalizer in the 64thminute when Trent Alexander-Arnold found Andy Robertson on the byline with a brilliant cross-field pass, who knocked the ball across the face of goal for Roberto Firmino to head home.

Things weren’t level for long as Manchester City reclaimed the lead in the 72ndminute through Leroy Sane.

Despite the loss, Liverpool remains 4 points clear at the top of the Premier League, which is a fine position to be in. Klopp’s men have been arguably the most consistent side so far this term and should their results from the second half of the season come close to matching the first, they’re in with a real shout of lifting the trophy in May.

Alisson – 6 (There wasn’t a lot he could’ve done to stop Aguero’s goal, but did look nervy in possession at times).

Alexander-Arnold –  7 (Struggled a little bit against Leroy Sane and was caught out a couple of times. However, he always looked forward when he could and a lot of our attacks came down his flank. The ball to Robertson which led to the equalizer was top class).

Lovren – 6 (Booked early on which evidently affected his game. Could’ve done better with Aguero’s goal, however, it happened in a split second. A lot of defenders would’ve struggled to react quick enough and prevent the world-class finish. Probably didn’t even think Aguero would shoot from there given how tight the angle was).

Van Dijk – 7 (Ensured our backline was as solid as it could be against a top Manchester City attack).

Robertson – 7 (Sterling got the better of him a couple of times but his run for the equalizer was extremely intelligent).

Henderson – 7 (Probably the best of our midfielders. Another top draw performance from the captain).

Wijnaldum – 7 (Invisible for much of the game but Klopp was full of praise. He was clearly doing what the manager asked of him, even if it seemed he didn’t impact the game as much).

Milner – 5 (Not at the level we’d expect. Maybe he was rushed back from injury and this game was too soon, wasn’t able to influence the game).

Salah – 6 (The game was very cagey, Liverpool had few chances and so did City. The latter were more clinical and Salah wasn’t able to influence the game as much as he would’ve liked).

Mane – 6  (Made some brilliant runs and there were moments the attack looked as fluid as we’re used to. His touch let him down at times).

Firmino – 8 (Scored the equalizer and put in a shift).

Fabinho – 8 (Transformed the midfield when he came on and proved himself in a big game. Not a great situation to come into, but came good. Was unlucky not to start).

Shaqiri – 6 (Tried to make things happen but City made it difficult).

Sturridge – 6 (Didn’t have enough time to make a difference).

Manager Rating: Klopp – 7 (Set his team up to control the game, which they did for large portions. Despite City’s win, there really wasn’t much between them in terms of the tactical battle. On another day, the ball is over the line or it goes in off the post, or Sane’s shot goes wide. Some incredibly fluid attacking football from Klopp’s men but they were also controlled and compact when they needed to be. They picked their moments and were unfortunate it didn’t come off. The one criticism would be to either have gone with the 4-2-3-1 formation from the get-go and to maybe have given Fabinho the start over Milner).

Ederson – 6 (Made a couple of decent saves but almost had an absolute howler to gift Liverpool an opener. Extremely fortunate).

Laporte– 7 (Came in at left-back and did a job defensively. City’s full-backs were a bit of an outlet out wide in an attacking sense, everything went through them but Liverpool dealt with it better when they switched formation and had men further out wide to cut off the passing lanes).

Kompany – 6 (Extremely fortunate not to have seen red for a dangerous challenge on Salah. Probably the weak link in their defense at times. Had to come off).

Stones – 7 (Involved in the howler that almost led to Liverpool going 1-0 up, but was quick enough to react and just about clear the ball of the line).

Fernandinho –  8 (Ran the midfield for City and showed why he’s so important. Top-draw performance from the Brazilian).

David Silva –  6 (Threatened a couple of times early on but went missing. Forgot he was playing before he was subbed off).

Bernardo Silva –  8 (Was everywhere and put in a real shift. Was a constant threat and provided the assist for Aguero’s goal).

Sane – 8 (Caused Trent and Lovren a fair few problems. Was lucky his shot went in off the post but did well in the build-up).

Sterling – 7 (Constantly asked questions of Robertson. Wasn’t as influential but had a few chances at times).

Aguero –  8 (Didn’t have too many chances but only needed the one. A clinical, world-class finish from the Argentine. The power, the angle, everything about it was sublime).

Gundogan – 7 (Came on and helped control the midfield as Liverpool looked to get forward).

Walker – 6 (Literally had one job of closing down whenever cross-field passes were made to prevent Liverpool players having much space. Did it well).

Manager Rating: Pep Guardiola– 8 (Just about got the edge over Klopp given the win. Tactically did well and made the correct decision not to risk De Bruyne, who will be extremely important in the latter stages of the season. Had no problem motivating his team for what felt like a cup final for City. Would be proud of the shift his players put in).

Liverpool's next in action on Monday night when they face Wolves away in the FA Cup. It is, however, highly likely that Klopp will have one eye on the Brighton game. Given the intense run of fixtures over Christmas, the Reds boss may look to rest some of his key players so it may be a second-string side that line up at the Molineux. Hopefully, some youngers will be given the nod.

Manchester City next faces Rotherham at home in the FA Cup. Given the heavy fixture list, it is also likely that Pep will heavily rotate his side in order to have fresh legs in the league cup midweek and for Wolves on the 14th.