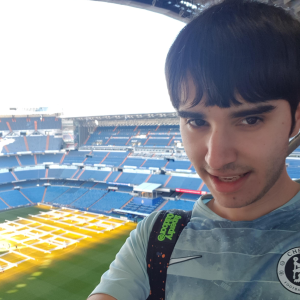 Ngolo Kante's third goal of the season was enough for Chelsea to overcome Crystal Palace in the London derby, and strengthen their position in the top 4.

The first notable event of the game came in the 15th minute when Alonso's act of petulance earned him an unnecessary yellow card.

In the 28th minute, Giroud finished off a nice Chelsea move by placing the ball out of Guaita's reach from an acute angle, though the offside flag had already gone up, and by the looks of it, it was the wrong call from the linesman. This incident again brings up a question of VAR- Would that goal be given next year with VAR coming in the Premier League for the start of next season?

The game livened up in the 34th minute when Willian's free kick from outside the box rattled Guaita's post and went out for a corner. From that resulting corner, Willian had a shot from distance which was well saved by Guaita. From a corner in the 36th minute, Barkley's acrobatic kick smashed the post to Palace's relief.

The game was 0-0 at half-time, with Chelsea feeling that they should have been 0-1 up after Giroud's goal was incorrectly ruled out for offside. But it all felt too predictable from Chelsea in that first half. They needed to switch it up in the second half to have a better chance of earning the three points from this London Derby. For Palace, they did do well with containing Chelsea in the first half.

It didn't take too long for Chelsea to get the lead in the in the 50th minute when David Luiz's long pass found Kanté who controlled well and slotted his shot under Guaita to give Chelsea a deserved lead.

Chelsea did have chances to kill off the game, with Willian having his shot saved well by Guaita, and then Barkley's attempt which deflected just wide of the Palace goal. Olivier Giroud did score in the second half. But it was ruled offside again, and this time it was the right call from the officials. However, Giroud went off injured after his offside goal for Morata to come on for the last part of the game.

Palace went for it in the last 10 minutes with Zaha having an effort curled wide over Kepa's bar. Their best chance before full time felt to Connor Wickham from a free kick which was headed on by Sakho and it felt to Wickham inside the penalty area, and his shot sailed over the bar to Chelsea's relief as they held on for a massive three points.

Guaita- 6 (Made some great saves from Willian in the first half. Maybe could have done better for Chelsea's goal)

Wan Bissaka- 7 (Kept Hazard quite on the whole)

Tomkins- 6 (Solid for most of the game. However was cut through too easily by David Luiz's long ball for Chelsea's goal)

Townsend- 5 (Very quite in this game)

Manager Rating: Roy Hodgson- 7- Picked his best team, but lacked a target man in his team. Set his team up just to focus on containing Chelsea and abandoned the attacking side of the game.

Kepa- 6 (Didn't do much other than playing a few good passes out from the back. Good distribution over all)

Jorginho- 6 (Passed side to side too often. Needs to be more direct and sometimes shot when he is in a good position)

Hazard- 7 (Kept quite on the whole by Wan Bissaka, but still influential and produced some good link-up play with Giroud)

Willian- 6 (Good first half- hitting the post etc. However dropped off completely in the second half)

Giroud- 7 (Scored 2 good offside goals! One should have been given. Some good link-up play with Hazard)

Morata- 4 (Useless when he came on. Had a chance to run at Sakho after a good Hazard pass, but ran straight into Sakho!)

Emerson- 5 (Didn't have enough time to really make an impact. Did help Chelsea see out the win)

Manager Ratings: Maurizio Sarri- 8- Was smart to pick Giroud for this game. I think that was his best side that he could have picked considering the tight schedule and injuries. However still don't understand why he doesn't drop Alonso for Emerson.

Chelsea remains in fourth place with 43 points after that win. The Blues now have a goal difference of +22- Same as Tottenham who lost 1-3 to Wolves at Wembley yesterday!

The West-Londoners were 1 point off third-placed Manchester City before they played Southampton later today. Chelsea is also only 2 points off Tottenham, so this win was massive for the Blues, despite it not being a vintage performance.

The Blues have also created a gap between themselves and Arsenal. They are now 5 points ahead of the Gunners in the race for a top 4 spot.

For the Eagles, they remain in 14th place with 19 points.

Next games for both teams

Both teams play on Wednesday, with the Blues hosting Southampton at Stamford Bridge at 7:45 pm. For the Eagles, they travel to Molineux to play a high flying Wolves side at 7:45 pm. Both teams are then in FA Cup action next weekend, with Chelsea hosting Nottingham Forest, and Palace hosting League 2 Grimsby Town at Selhurst Park.

Check out ABDHFootball tomorrow where Hannah and I will be reviewing all the Premier League action from this round of matches- Last Premier League games before the new year.

Also, check out ABDH Football later this week as me and Hannah will review all the Premier League games. This is the last Match day before the new year.

I am hoping to become a professional Football Journalist and i am in my first year studying Sports Journalism at the University of Gloucestershire. I am grateful to be offered an internship by Soccertalkline and Sportstalkline.com to write Chelsea FC and Premier League articles.
All Posts

Saved by the Bellerin Tottenham vs Arsenal Derby Halftime Report! Lacazzet’s bomb opened up the score and Kolasinac’s defensive error led to