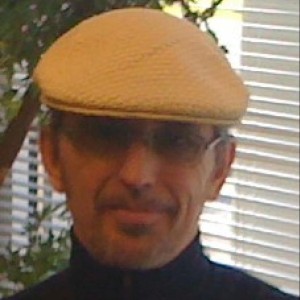 16 games in 17 weeks having their bye in week 10 and the expectations of Cowboys Nation is Super Bowl or bust. This is the Dallas Cowboys 2020 Season Preview.

How do you analyze something that hasn't happened yet? First we look at what the Dallas front office has assembled for their 2020 club. We will include the coaches in this breakdown. After that we will look at the schedule. Why wait? Let's dive right in.

Dak Prescott is on a 1 year deal. There is no long term option on the table for either side, at this point. The cap, and it's expected reduction due to COVID-19 is not helping the clubs efforts to sign Dak who is playing a patient waiting game while betting on himself. Cousins blazed the path on his way out of Washington and into Minnesota. Behind Dak the club signed Andy Dalton, the long time Bengals signal caller. He can still sling the rock which is an important attribute to have as much talent as the Cowboys have at receiver. Seventh round 2020 NFL Draft pick Ben DiNucci is the 3rd QB on the roster and is an intriguing talent. Dak Prescott had a hell of a season last year and is under-appreciated for his decision making and vastly improved accuracy. Look for his growth to continue and for him to make the Cowboys regret not signing him to a long term contract two seasons ago.

The 'Boys have plenty of talent along the offensive line. What they are lacking is health and clear-cut solutions. Tyron Smith isn't the best LT in the NFL anymore, but he's still a top 10 guy. Zack Martin is arguably the best guard and the two make quite the tandem. RT La'el Collins had a breakout 2019 campaign but showed up at camp out of shape then had an auto accident which seemingly impacted him more than we were led to believe which all adds up to him opening the season on the IR. Cameron Irving will start in his place but he has only been active a short while after recovering from his own injury issue. Rookie Terence Steele is the new swing tackle. LG Connor Williams has to show he has improved his anchor this season. Connor McGovern is a huge talent that will back up the interior positions. Joe Looney played better the year he replaced Travis Frederick than Frederick himself played his last season. Dallas is fine at center. The unit will be better once Collins is back and in shape. Until then they should be just fine as Irving is a solid player. His play will be tested however as teams will attack both him and Connor Williams until they prove they can handle the pressure.

Are you kidding me? Amari Cooper, Michael Gallup, CeeDee Lamb, and Cedrick Wilson. If I am a defensive coordinator having to play Dallas next week I am not sleeping well. All four receivers can play inside or outside, run excellent routes, block, have plus speed and excellent after-the-catch skills. Cedrick Wilson is the new guy in the rotation who, if he can stay healthy, is the wild card that makes the entire rotation next-level-dangerous. On any play, at least two receivers should be getting single coverage. There are DBs you can put 1-1 and survive in the NFL. The LA Rams Jalen Ramsey is certainly one. Bully for LA. They only need 3 more and they could handle these guys. As they don't, they won't and it will be game over for almost every team the Cowboys play this season at the hands of this passing game.

Blake Jarwin is a totally underrated talent in the passing game. Playing behind Jason Witten will do that to you. But Jarwin is the real deal and a NY Giants killer to boot. Blake Bell, Dalton Schultz and Sean McKeon round out the four man unit with the next three guys being solid in the blocking department it looks pretty clear the team is planning on giving their RT quite a bit of help in the blocking department. Look for Jarwin to breakout as the full time starter this season.

Ezekiel Elliott and Tony Pollard give the Cowboys a rare one-two punch at RB. Elliott is the total package with the speed, moves, hands, and toughness to be a true bell-cow RB. Pollard has an insane burst but is a tough runner as well. They totally complement each other. Rookie Rico Dowdle rounds out the unit. Look for Elliott to again have the NFL rushing title within reach.

I like this line. A lot. DE Demarcus Lawrence is a beast. DT Dontari Poe gives the boys the size on the nose they have lacked for years and years. Power runners no longer get an easy pass up the middle in big D. DT Trysten Hill is staring at the 3-tech and has reportedly had a solid camp. We will see. DT/DE Tyrone Crawford is as solid as they come. If they can keep him on the outside he will be much more effective in December. DE/LB Aldon Smith is a total wild card having been out of the league as long as he has. Regardless, reports are he had a fantastic camp and is primed and ready to pick up where he left off, terrorizing QB's. DE Everson Griffen is as good as his billing and gives the Cowboys what they have not had in a looooong time. Three guys up front who can get after the QB. Antwaun Woods and rookie Neville Gallimore round out the rotation.

WLB Jaylon Smith and MLB Leighton Vander Esch have switched positions from last season. This should allow Smith more shots at the QB where he has shown a special aptitude. LVE is fully healthy and is ready to continue his ascension as one of the leagues best. Aldon Smith is the new SLB and is there primarily to get after the QB. Sean Lee opens the season on the IR but will be a nice talent influx when he returns. It is possibly the best 3 LB's in the NFL and that is saying quite a bit considering what Chicago fields on game day.

Byron Jones will be missed. Yet Anthony Brown as his full-time replacement will surprise you. The kid can play. Chidobe Awuzie is an ascending talent and has all the metrics to be special one day. Rookie Trevon Diggs can play and will get big snaps early. Jourdan Lewis is a wild card with an eye for the ball and FA Daryl Worley has the size to matchup on TE's and was starting for the Raiders just last season. Jones will be missed but this is a deep and talented group of guys. If the Cowboys are (as expected) able to field an improved pass rush this crew should be just fine.

The joke is on Ha Ha as he was cut early and the Cowboys are going with Xavier Woods and Darian Thompson. Woods will be coming off an injury to start the season but the club reports he will make it. Thompson is a former 3rd round pick by the Giants who has worked hard to get better. He blew up Week 14 last season vs the Bears with a team-high 11 tackles and a sack. The kid can play. He reportedly has had a great camp outplaying Ha Ha Clinton-Dix in the process There is free agent talent available if the Cowboys want to chase it but at the moment the team seems to like what they have. Rookie Reggie Robinson II and Donovan Wilson are the backups.

Chris Jones is punting. LP Ladouceur is still long snapping (perfectly). Greg Zuerlein is the new kicker. Special teams performance the last few seasons has been bad. You have to win two of the three phases of a game to get the W and the Cowboys have been giving away the special teams matchup every week for years. The new staff hopes to change this with special teams guru John Fassel leading the charge. Dallas has made several roster decisions based on getting players with special teams chops. This is a wait and see group but you have to like the attention being paid to an obvious team weakness.

New guys are aplenty. First up is the new Head Coach. Then the strength and conditioning and special teams (as mentioned above) guys. On the defensive side of the ball, there is a new defensive coordinator, defensive line, linebackers, and DB coaches. Former DL assistant Leon Lett has been retained and promoted. On the offensive side, there are new offensive line, tight ends, and wide receivers coaches promoting Kellen Moore to offensive coordinator. Head coach Mike McCarthy has the game day experience and a Super Bowl ring. He kept Kellen Moore so the offense will have continuity. Not so for the defense where Mike Nolan will have his hands full teaching his D with no preseason games or offseason programs to speak of. Every team that had coaching changes is at a huge disadvantage this season. The NFL awards incoming head coaches extra practice time over returning staff in recognition of how tough it is to install new schemes. The Cowboys hired guys with excellent resumes and the player talent is there. The defense will be simplified as the players learn nuances however that is often a blessing in disguise as guys can play fast in simple systems. The coaching is a huge question that won't be answered until mid-season.

The 'Boys get the LA Rams in week 1 opening the new SOFI stadium. That means the offensive line and it's injury concerns get to face Aaron Donald, the best DL in football, right out of the gate. It should be an excellent litmus test for both clubs. Week 2 is vs. Atlanta then at the Seahawks in week 3. They then get a 3 game home stand vs the Browns, Giants and Cardinals taking them through week 6. Week 7 is at Washington then they travel to Philly for week 8. They are at home in week 9 vs the Steelers then they have a bye in week 10. Week 11 at Minnesota, Washington at home in 12 then at Baltimore in week 13 and at Cincinnati in 14. Home for the next two vs. the 49ers then the Eagles. Week 17 they travel to New York and close out the season against the Giants.

I think the club "should" go 11-5 on the season losing some tough games against playoff teams. They should take the east and from there it's up to Mike McCarthy to show he can be the guy that gets them over the playoff hump.

I think he will.

*ed note - shout out to Eric M. Scharf for the great graphic