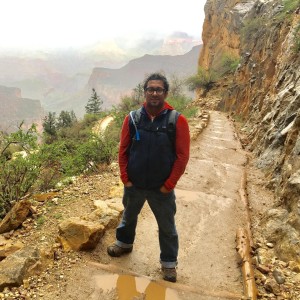 Contents hide
1 The Chicago Bears migrate to the nation's capital to take on the Redskins at FedEx Stadium.
1.1 Bears Redskins Prediction

The Chicago Bears migrate to the nation's capital to take on the Redskins at FedEx Stadium.

Bears Redskins is a long-awaited game by many Bears Fans. The Bears have a high chance to end losing streak against struggling Redskins. The Chicago Bears (1-1) roam into an unfriendly territory when they arrive in Landover, MD. The Redskins have skinned the Bears the previous seven meetings. The last time these two teams met on Christmas Eve of 2016, the Redskins won 41-21. The Bears need a decisive win over a struggling Washington (0-2) in order to get back on track.

Neither team is providing confidence to its fanbase. The Windy City faithful is losing its patience by the week. In Weeks One and Two, the Bears have struggled to show any sort of offensive consistency. Matt Nagy and former No. 2 overall pick Mitchell Trubisky have engineered one touchdown in 8 straight quarters. The first coming in the third quarter of Week 2 during one of the wackiest games of recent memory.

Chicago looks hapless on the offensive side of the ball. Although, the defense continues to terrorize opposing quarterbacks and offensive coordinators allowing 12 points/game. Chuck Pagano's efforts have allowed for a seamless transition from former defensive coordinator Vic Fangio. This was the hot topic of the offseason. Can the Bears continue their dominant ways on defense? The answer is yes. This will be their first test without second-year lineman, Bilal Nichols, out with a broken hand.

Meanwhile, the offense struggles mightily and Trubisky looks lost inside the pocket. He is continually plagued with accuracy issues and reading the entire field. Doubt is starting to rear its ugly head as opposing defenses attempt to keep him inside the pocket. Last year, he was at his best when we rolled outside of the pocket or scrambled to find the open receiver. Which raises concerns, "Why isn't the offense catering to his strengths?"

Nagy came in as an offensive guru but sold the Bears Organization on his ability to mold an offense around his talent. Anyone can argue the talent supporting Trubisky is better overall in year two. However, opposing defenses are daring No. 10 to beat them with his arm while stacking the box. There are so many questions circulating around this offense but nothing bigger than quarterback play and play-calling?

Trubisky's struggles are the only thing holding this team back at the moment. Luckily for his organization, they play a Redskins Organization mired in mediocrity. Washington is led by journeyman quarterback Case Keenum. Yes, the same Keenum that created the Minneapolis Miracle. His team is already struggling with inconsistency and the injury bug. That is a recipe for disaster against one of the most feared defensive units in the NFL.

The lone offensive bright spot is rookie kicker Eddie Pineiro. The Bears scoring leader continues to impress after making the team. He has done everything he can to erase the infamous "Double Doink." He nailed a 53-yard game-winning field goal as time expired last week. He is now a perfect (4-4) on the season.

Nagy gets out of his own way and starts to tailor the game-plan to Trubisky's athleticism. Trubisky utilizes his legs more in designed roll-outs and play-action calls getting the ball out of his hands more efficiently. The running game helps lead the charge while the defense is brought up on charges for assault.

The Redskins do not manage more than 14 points. This is an opportunity for Chicago to recapture that lightning in a bottle while getting back on track. Good teams find ways to win, great teams string wins together.

Bears Redskins Prediction is: win for the Bears 24-12.

Until then, stay thirsty and Bear Down! JT out.