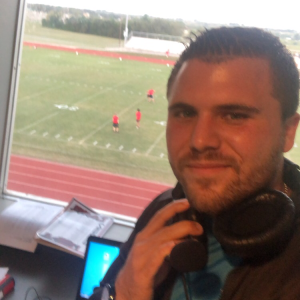 It's Official Taco Charlton Is A Bust

Before the start of the 2017 season, Dallas Cowboys owner Jerry Jones started looking for his “War Daddy” with the team’s first-round pick. What he found was actually a War Dud in Taco Charlton.

If we look at the last 10 Dallas Cowboys first-round draft picks from before 2017, they had mostly hit on them. They had either been Pro Bowl players or key contributors:

Why Was Taco Charlton Waived By Dallas Cowboys?

Taco Charlton had shown a lot of promise in his final season at Michigan, with 10 sacks and 13.5 tackles for loss. His production, mixed with size (6’6” 260 lbs) and athleticism made him a realistic first-round prospect.

At the time of his selection, players like TJ Watt, Kevin King or even Obi Melifonwu were players mentioned and taking Charlton was met with a mixed reaction of praise and criticism.

Despite his size, athleticism and really good senior year that shot up his draft stock, as the draft had gotten closer he had started to get more of a second-round, or early third-round grade. Many at the time of the pick believed that the Cowboys made a reach for him to fill a need, instead of taking the best player on their board.

However, there were too many obstacles once he was in Dallas for him to overcome, making him one of the few players taken by Dallas in the first round to not work out.

A big factor in why Taco Charlton didn’t pan out was DeMarcus Lawrence. Both played left defensive end and the team wanted Charlton to play on the right side.

Once DeMarcus Lawrence became the All-Pro people know today, there was no way the team was going to move him from the spot that made him a star. As a result, Taco Charlton had to learn a position that he wasn’t fully familiar with, and never fully got a grasp of.

In the two seasons, he was in Dallas, Charlton only got four total sacks. He had flashes in all three preseasons he was on the team but was never able to translate it to regular-season success.

It’s ironic, isn’t it? The Cowboys traded for Robert Quinn in the off-season from the Miami Dolphins. Now Charlton signed with the last team of the player who’s roster spot is being filled, and these teams are playing each other this Sunday. Fate works in mysterious ways.

Ultimately, the Cowboys made the right call. Taco Charlton is a former first-round pick who hasn’t been activated for a game all season. On social media, he made it clear that he wanted out, the team had been shopping him. This relationship had run its course.

Now, the Dolphins only owe him for 14 games ($920,000 guaranteed) this season and own his fifth-year option (which will be around $9 million) in 2021. Since Miami is tanking, getting affordable players in their rebuild makes sense, and the Cowboys are in win-now mode and Taco Charlton’s spot was wasted space.

Graduate of TX Tech Univ. Sports lover (especially football). Opinions are my own. I’m never wrong (but I’m not always right a lot too). Troll me and you get humbled, fair enough?
All Posts