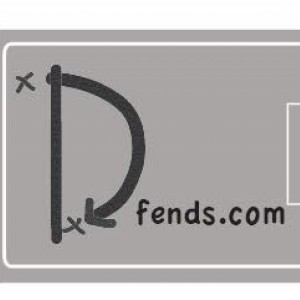 NY Giants Week 2 Ended Up In Another Disappointment

What's Going On With NY Giants?

Coming off a beat down in Dallas the New York Giants came home and expected to rebound at home against the Buffalo Bills. Unfortunately, it was a giant disappointment for Big Blue in their home opener.

Similar to last week the Big Blue offense put the petal to the metal in the first drive as Saquon Barkley was electric as Barkley accounted for 55 yards on the ground in the G-Men’s first drive of the game. And just like last week against the Dallas Cowboys, the Giants defense looked helpless in the first half.

Buffalo Bills was able to build a two-possession lead with the combination of inefficient offense and the inability of the Giants defense to get a stop. After exchanging three and outs Buffalo drove 75 yards on 10 plays to tie the score at 7-7 after a 6 yard touchdown run by Josh Allen. And the game would not stay tied for long.

Then the pain continued for the Giants as a Big Blue three and out was followed by a Buffalo drive of 11 plays covering 70 yards that was finished when Devin Singletary ran for a 14 yard touchdown. In response to the Bills taking the lead the G-Men had another 3 and out but were able to pin the Bills at their own 2 yard line.

Even when pinning down the Bills deep in their own territory could not stop the Bills today as a 98 yard drive from the Bills gave Buffalo a 21-7 lead after Josh Allen connected with Isiah McKenzie for a 14 yard touchdown grab. The defense looked like they will never get a stop again.

The Giant disappointment kept going in the first half as Bennie Fowler was unable to hang on to the Eli Manning pass that would of given the G-Men a first down. To make matters worse Aldrick Rosas, the Pro Bowl kicker, missed a 48 yard field goal.

There was a sliver of hope before halftime for the Giants that quickly vanished. T.J. Jones returned a Buffalo punt for 60 yards and set up the Giants at the Buffalo 33. Then an Eli Manning pass gets deflected at the defense line and the pass was intercepted by Trent Murphy.

The Giants disappointment continued in the 3rd quarter the Giant defense was able to stabilize and neutralize the Buffalo Bills defense but the Giants offense was unable to capitalize. On Big Blue’s first drive the Giants made had 1st and 10 at the Buffalo 41 but a holding penalty and sack stopped that drive.

Finally, the G-Men showed some life as the Giants were able to drive down the field and close the score to 21-14 when Eli Manning connected with T.J. Jones for a 4 yard touchdown reception. Yet that was the closest the Giants came to the lead.

The Buffalo Bills responded with a long drive that originally ended with a field goal to stretch the lead to 24-14 but a penalty from Giant rookie lineman Dexter Lawerence gave Buffalo a first down and the Bills took advantage. Given new life the Bills, Frank Gore pounded the ball in from one yard out to give Buffalo a 28-14 lead.

The Giants still had a gasp to claim the victory but that did not come as Big Blue turned the ball over on downs and Eli Manning had his second interception of the day to complete the Giant disappointment in Week 2.

The Giant disappointment is also that this is not unfamiliar territory for the Giants as it has now become commonplace for the G-Men to start out the season 0-2.  When this will change no one knows but it is at the point where something needs to happen or some people will be moved.