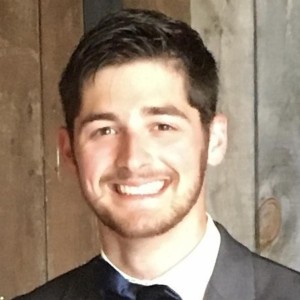 Expert on all things Deflategate, and New England Patriots Free Lance Writer for SportsTalkLine.com
All Posts

This series is going to look at the Patriots roster heading into the 2019 training camp. It will be broken up by position. In the end, I will make a mock roster to predict who will make the team’s final 53 man roster.

The New England Patriots are heading into 2019 with arguably the best running back corps in the entire NFL. Now before you start jumping down my throat, hear me out. No, they don’t have a top-5 running back like Todd Gurley, Alvin Kamara, or Saquon Barkley. But from top to bottom, their depth chart at running back is chock full of talented, diverse, and capable players who can contribute to the team in a variety of ways. While other teams only have one or two running backs who can consistently have an impact, the Patriots have four veterans and a rookie who can all run, catch, and block. In fact, it’s probably the deepest position group on the team.

Sony Michel is coming off of a great rookie campaign. He put up nearly 1000 yards at a clip of 4.5 yards-per-carry. He also had six rushing touchdowns in his thirteen games played. Michel was able to do this despite battling a lingering knee injury all season long. A full offseason of treatment and improved recovery techniques could set Michel up for a fantastic sophomore season. He will likely be the team’s bell cow back.

The Patriots offense faced massive issues throughout the first half of the season due to an uncertain identity and moving parts. Without White, it’s fair to say that the team may not have been able to be as successful as they were. He is one of the best pass-catching backs in the league and has added an improved running game to his arsenal.

Rex Burkhead is a Swiss Army Knife who can seriously help an offense. His biggest issue through his first two years in New England has been an inability to stay healthy. He’s only played in 18 of 32 possible regular season games over the previous two years. When he can remain on the field, however, Burkhead is a solid dual-threat running back who can keep opposing teams guessing. He helps establish a solid rotation and can help provide relief to White and Michel.

Rookie Damien Harris also comes in as one of the best backs in SEC over his four years at Alabama. He can contribute in a power back role, with some upside as a blocker and a receiver out of the backfield as well. While he will be buried on the depth chart, don’t be surprised to see him seeing some rotational time early on.

Then there’s the invaluable James Develin. In a day where the fullback position is dying out, Develin is still going strong. His impact on the Patriots running game is ridiculous. He has the strength to match linemen, and the athleticism to take on linebackers. Watching Develin is like watching the glory of old-school, ground, and pound football.

– Sony Michel: Assuming he can stay healthy, Michel is the back of the future for the Patriots. He has already proven himself to be a talented and patient runner between the tackles. If he can continue to develop, he may end up as one of the best backs in the league.

– James White: In a season where there will be questions surrounding the Patriots receiving corps, White is going to be the hero the team needs. He will provide a consistent passing option that could help free up New England’s receivers. He may also continue to add yards as a runner.

– Damien Harris: New England used a third round on this pick because he was the best player available. There’s no chance they let a back with as much upside as Harris not make it out of training camp.

– Rex Burkhead: I know, how am I putting Burkhead on the bubble after just talking about his value. While I am convinced right now that he will be on the roster, a lot could change when camp starts. If Harris shines, the Patriots may find less use for Burkhead. While his cap hit isn’t high, saving $2 million could help them nab a free agent at the end of camp.

– Brandon Bolden: With the team’s depth at running back, Bolden is not going to make the team at that position. However, he adds enough value at special teams that he will likely find a spot on the roster.

Unlikely To Make The Final Roster

– Nick Brossette: The seventh-round pick out of LSU is already fighting an uphill battle in one of the deepest running back rooms in the league. If he cannot crack the field as a special teams player, he is likely to be released or delegated to the practice squad.

*Jakob Johnson: The only exception to these rules is Johnson. He is part of the NFL’s International Player Pathway Program. He will either make the team’s 53-man roster or be added to the practice squad for the entirety of the 2019 season.

Expert on all things Deflategate, and New England Patriots Free Lance Writer for SportsTalkLine.com
All Posts