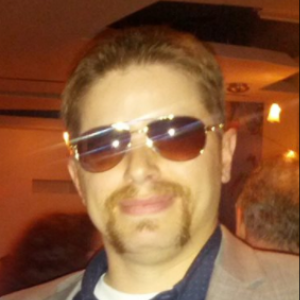 It's been widely documented by fantasy "experts" everywhere that Week 15 was anything but predictable. Season-long studs nosedived at the most inopportune times and owners of those players took it on the chin, and hard. If you had started a lineup that included Andrew Luck, Saquon Barkley, Phillip Lindsay, Aaron Jones, Amari Cooper, Adam Thielen, Keenan Allen, and Eric Ebron, you wouldn't have even cracked 50 points in a PPR format. Pure insanity.

On the flip side of that negativity is the fact that someone had to score points this week and some of those guys may be just arriving on the scene. Let's take a look:

Kalen Ballage, RB, Miami Dolphins - My loyal readers (all 1.5 of you) will recall that Ballage was a deep sleeper pick for me and a guy who, in game style and body size, resembled David Johnson. Well, finally, his gameplay looked like Johnson this week when the rookie went off for 12 carries, 123 yards, and a TD when Frank Gore got hurt. Bizarrely, Kenyan Drake was a non-factor as Ballage ripped off big plays and looked somewhat explosive. Recall late 2015 when the door opened for Johnson to get his touches as the lead back for the Arizona Cardinals at the end of the year, the lead back at the time was an aging Chris Johnson and the next year the backfield was entirely DJ's. Gore will be a FA next year and the Dolphins have repeatedly shown little faith in Drake - there's some dynasty value here.

Damien Williams, RB, Kansas City Chiefs - Who needs Kareem Hunt and Spencer Ware? The third-string journeyman was thrust into the feature back role during Week 15 and responded with 30 PPR points including 2 rushing TD and 74 receiving yards. Not too shabby. Williams isn't exactly a premium talent, but this more appropriately highlights Andy Reid's impact on a lead running backs value. Whether it's been Hunt, Ware or Williams they all produce. It will be tough to predict whether Williams or Ware will get the bulk of the touches this week but my gut says Ware will get most of the carries and Williams a lot of the passing down work.

Mike Williams, WR, Los Angeles Chargers - When the #1 target on one of the more productive offenses in the NFL goes down, someone has to step up and the former first-round pick did just that. Williams hauled in 7 catches for 76 yards and 2 TDs and added a 19 yard TD run. We've seen the talented WR flash his upside before, but this was taking the next step. He has all the tools to be one of the better receivers in the league and he should continue to carve out looks for the Chargers.

Doug Baldwin, WR, Seattle Seahawks - It's not often you see a proven veteran show up on a break-out performer list but Baldwins 2018 has been such an abysmal loss for owners that his explosion this week is worth noting. His 77 yards and 2 TD looked like vintage Baldwin/Wilson connections that made him such a valuable player in fantasy for several years. The problem is you can't bank on it being the norm. The Seahawks offense is predicated on running the ball and the passing game will continue to be an opportunistic afterthought. Wilson does not play favorites and will go to whoever is open making Baldwin a risk still.

Robby Anderson, WR, New York Jets - That's back-to-back weeks for the burner who had the highest YPC numbers in the NFL in 2017. This time around Anderson burned the Texans for 7 catches, 96 yards and 1 TD on 11 targets. That makes three straight weeks with 7+ targets for the guy who really the most talented receiver on the Jets roster. He's a decent flier the rest of the way.

Jamaal Williams, RB, Green Bay Packers - As with Mike Williams, an injury opened the door for Jamaal Williams. The Packers running back took advantage of an Aaron Jones injury and scooped up 97 total yards and a TD. It's likely that Green Bay won't push Jones back with no real playoff hopes at this point so Williams should be in line for starting duties the rest of the way and that means volume. He's proven he can contribute when he put up solid fantasy stats as the starter in 2017 so this is a good train to ride if you can.

Robert Foster, WR, Buffalo Bills - This is a major red alert. Foster's 4/105/1 line isn't out of nowhere anymore. Week 14 he had 7/104 and Week 12 he had 2/94/1. Foster has emerged as Josh Allen's preferred target, particularly for big plays. There's some risk here because he's a member of the Bills and they are stinky cheese, but Allen's letting it all hang out and taking his shots so Fosters a decent gamble.

Last week I picked John Ross as my break-out candidate for Week 15... that did not go well. He had a mighty ONE catch for 6 yards but he also had 1 carry for 3 yards so bonus points? Not really. Past calls have been Courtland Sutton (miss), Elijah McGuire (hit), Jaylen Samuels (hit), John Ross (miss). So here we go again:

Blake Jarwin, TE, Dallas Cowboys - The Cowboys have been desperate to replace Jason Witten all year and Jarwin may be ready to take the reins. The second year, the undrafted big man has 11 catches on 14 targets for 101 yards the past two weeks and draws an anemic Tampa Bay defense in Week 16. If Jarwin is going to take over as the feature TE in this offense, it's going to happen this week.

Writer, sports connoisseur, Pacific Northwesterner. Rarely met a sport or a bourbon I couldn't be great friends with. Follow me on twitter @Softball_Guy
All Posts