Its that time of the year again when we take a deep dive into the potential 2020 Draft Class. This article will cover the best WRs looking to make an impact in the 2019 College season, before being drafted in 2020.

Jerry Jeudy is one of the most electrifying receivers to come out of College Football since Odell Beckham Jr. There is not a lot this kid cannot do. Contested catches, route running, unbelievable speed, agility, and great hands. He really is the complete package.

In 2018, Jeudy made 68 catches for 1,315 yards and 14 touchdowns. Entering his third season with the Crimson Tide, Jeudy is already fifth on the all-time reception list.

Depending on NFL team needs, Jeudy could go as high as top 5 overall in the 2020 Draft. He will be the clear top pick of the non-QBs.

Keep an eye on his progress throughout the 2019 College season. You will enjoy what you see.

Shenault was in the Heisman Trophy hunt early in 2018 after leading the league in receptions and helping Colorado to a 5-0 start. The Back half of the season he was a little quieter and the team struggled around him, mainly due to an average at best QB.

There is so much to like about Shenault. His big frame, agility, and athleticism make him a hard player to tackle. He is lanky, runs with purpose and grows his speed with every stride. Give him an inch and he is gone. A multi-faceted player who lines up on the left, right, at FB and as a QB. His route running is impeccable and therefore stretches the field well.

2019 is a huge year for all these players, but Shenault could see himself ranked ahead of Jeudy with a solid season.

A talented WR with a lot of upsides. He is a TD machine, who gets time at punt returner to show his speed. Always lines up on the left and loves to get physical in the game. A great catch radius and solid hands mean he often wins the contest.

The downside may come in 2019. He caught passes from Baker Mayfield and Kyler Murray in his first two years. Is not hard to catch passes from these elite QBs who put it on your chest every time. In 2019, he will catch balls from former Alabama QB Jalen Hurts.

This will be a big year for Lamb as he looks to cement himself in the top 5 WRs of the 2020 class.

One of the tallest of the receivers in the class at 6’3 and 205lbs, Higgins is the most dominant WR in the game. He creates separation with ease and runs great routes to leave opponents looking around to see what happened. With a catch radius like his and impeccable hands, he will rarely be beaten in man coverage. He usually lines up on the left side of the field and has made dancing down the sideline an art form.

Being such a large receiver, he is hard to tackle, therefore he makes a lot of yards after contact. This is a great trait to have and will see him project well into the NFL. He makes some incredible catches look easy, has eyes for the ball and is a fierce competitor.

Higgins had 11 broken tackles in 2018. He will dominate the NFL with his size and sheer will to win the ball. The future is bright for this kid.

Ruggs is one of three Alabama receivers who could go in the first round of 2020. The difference with Ruggs is he is the hardest runner with the ball. Once he makes a catch, usually in a spectacular fashion, he turns the motor up and drives opponents out of the way towards the endzone.

He is quick, elusive and explosive, three traits that will see him project well into the NFL. He shows poise when making decisions during his route running.

2019 is developing as another solid year for the Crimson Tide and Ruggs will be front and center competing for the ball.

The reason Wallace is on this list is everyone loves this kid and sees a big future for him. Everyone but me. I’m sorry I just don’t see it. Sure, he had 86 receptions for nearly 1500 yards at an average of 17.3 and 12 TDs in 2018, but he is lazy. He gives up on plays too easily and has the blocking ability of a turnstile.

A lot needs to change in 2019 for Wallace to be in the 1st round conversation. But that is why we do this now. Another full season under his belt and he could be a world beater, or he could be playing in the XFL.

It’s your time to shine Wallace.

One of the best in this class, People-Jones is an excitement machine. Quick off the mark, great hands and a top speed that leaves players for dead. He is even an excellent punt returner. He dances around players like they are garden gnomes. Having to catch balls from Shea Patterson is no easy task and DPJ makes it look easy.

Returned a punt for 75 yards against Air Force in 2017, danced around multiple defenders and crossed the paint for the TD. It’s pretty to watch.

He has every right to be in the top 5 receivers in this class. He has a great future in the NFL and will be fun to watch in 2019 for the Michigan Wolverines.

At 6’5” and 220 lbs, Johnson is the biggest of the top 10 receivers in the class. He is great in the air and has a huge catch radius and usually comes down with the football. Agility is unreal as is his vertical presence and hands. Having a solid QB in Sam Ehlinger has helped to make Johnsons numbers better, but he holds his own as well. He is explosive off the line and is hard to bring down due to his size and length.

He looks like a stallion in the open field and edges away from defenders with every step he takes. This is a big year for Johnson, as it is for the rest of the class. A good season for the Longhorns and he could be in the top half of the first round for 2020. He is a fun player to watch.

Smith is fast, runs great routes and is awesome with his hands, just like every other receiver on this list. What makes him stand out is, he is on a team with some incredible player and is getting his fair share of the ball. The vision he has and the focus on the ball is something you cannot teach. There is a lot to like about a guy who stands out on such a talented roster. He makes big-time catches when it matters and has a fend that put opponents in the dirt.

Smith lines up all over the field and is hard to defend against. He is probably WR3 right now in Alabama but could still go in the first round of the 2020 draft. Big things are coming.

The only WR on this list under 6 foot, but he may be the most exciting. He is a little pocket rocket, runs with intent and is all heart. Running so low helps him to evade tackles and get away from cover with ease.

He has great hands and only has eyes for the ball. One of the best route runners in the game and usually finds himself in space. Expect big things from the TCU product in 2019.

If you are interested in finding out more about players drafted in the 2019 NFL Draft check out this incredible team by team breakdown.

So, what do you think about 2020 NFL Draft Prospects – Top 10 Wide Receivers?

The New York Jets had one of their best drafts in recent memory. Garrett Wilson and Sauce Gardner can help this team raise out of the bottom of the AFC East and compete for a division title. 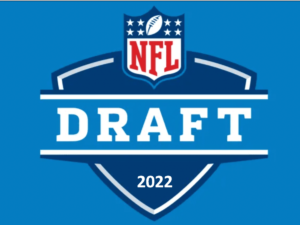 Every fan and analyst is looking to spot the sleepers at this point in the draft cycle. However, there are always late-round