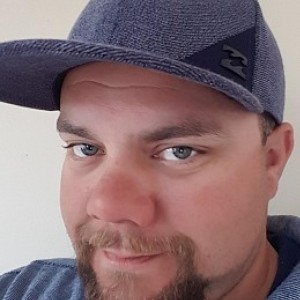 It’s that time of the year again when we take a deep dive into the potential 2020 NFL Draft Class.

This article, the 2020 NFL Draft Defensive Tackles Top 10, will cover the best DTs looking to make an impact in the 2019 College season, before being drafted in 2020. So why wait? Let's do this thing!

Davis is a beast of a DT. He dominates the SEC and demolishes anyone who lines up against him. He gets so low for a guy who is 6’6”. He is quick with a great first step and is athletic. Great hip movement, penetrates gap, excellent hand timing, and placement. He is almost the complete package. He comes up against some of the best players in College football and punishes them with ease. Held Ole Miss Offensive (ranked best in Conference at the time) to just seven points in 2018.

If you want to learn to play the position, you watch tape on Davis. He is always in the right place and makes the play. He will be the difference-maker for you in the NFL.

Will be drafted in the top 10 players overall in the 2020 draft.

Brown has spent most of his collegiate career being double-teamed and hasn’t missed a beat. This kid is the real deal. He is quick off the line and has plenty of upside despite being so young. Brown is a tackle monster and loves putting pressure on the pocket.

He is a plug and play player on a run style defense in the NFL. The former 5-star recruit uses his hands well, has a great stance and explosiveness. This kid is tough to handle for any O-linemen and will make a big name for himself in the NFL soon. Fluid hip movement clears his shoulders and is a physical beast.

He can compromise other players by not doing his role properly. Sometimes he gets too eager to get after the QB and lets other things slide.

He needs to continue to grow into a more polished player. With a big year in2019, he will be drafted in the 1st round.

Jordon Scott has a very apt nickname, Mini Fridge. This kid is built like a, well, Mini Fridge. He is an old school baller. His thick frame allows him to anchor and maintain his stance and natural leverage even in the heaviest contact. Only one player moved him off his mark in 2018 and that was Washington Center, Nick Harris. He gets off the line quick and hands follow with violent force.

Scott is a versatile guy who can rush the passer, threaten the pocket or sit in his role and execute it well.

This guy is thrilling to watch. Look for him in the early 2nd round.

Landers is one of the most annoying players in the league. Not to watch, to come up against. He never lets up; he comes at you time after time and wears you down. This guy has a big future in the NFL. Tremendous hand placement, excellent vision and he plays his role perfectly.

He shows great burst off the line, fluid hips and gets after the man with the ball well. This kid needs to be taken seriously in 2019.

Fotu is a former Rugby player who came to Utah as an O-linemen. He is still raw and inexperienced, but he has the potential to be an NFL starter in a few years. He made 33 tackles and 3.0 sacks in 2018 and will look to improve on that this season. You know what you get with Fotu, a tough run defender who occupies blockers at the point of attack.

At 6’5” and 320 pounds, he is built to play at the position. He has great measurable’s, is explosive, powerful and shows so much promise for the Utes.

Look for him in the late 3rd round. He may not be a plug and play starter straight from the Draft, but he will soon.

Just like Leki Fotu, Williams is a raw, but talented athlete. Watching Williams on tape, he looks like the kind of player who is just happy to be playing football. He gives it his all, on and off the field. He penetrates gaps well, opens holes for other defenders and is a powerful player.

He fits the mold for the position perfectly, he is long and quick. Williams added 53 tackles and two sacks to his total in 2018, he also gets his body in the right position to bat down passes.

This guy has been through a lot off the field in his short career and it has helped to grow him into a fantastic man. This guy has a future in the NFL.

Look for him in the 3rd round of the draft.

Rashard Lawrence wreaks havoc on the football field. He played some of his best ball when LSU traveled to Auburn early in 2018.  His first step is everything from brilliant to non-existent. When he is at his best, he is disruptive, shows violent hands and gets in behind the line and attacks the man with the ball. He shows athleticism, strength, and agility to displace blockers.

Almost unstoppable in one v one situations. Won’t put up great numbers, but he does a lot off the ball. Has been LSU team Captain the past two seasons and should be again in 2019.

On the flip side, he is incredibly inconsistent and doesn’t handle double teams well. Needs to continue to develop his game.

Lawrence could be a Hall of Famer or a career backup, it’s that frustrating. If he applies himself as others do in this class, he can be one of the great. He needs to play better football. Look for him in the late 2nd, early 3rd round.

Neal is a big, powerful kid who plays to his strength. He holds the line of scrimmage well and sticks to his gaps. Purdue doesn’t use him as much of a pass rusher, but he does his job tackling well.  He has decent speed and fast hands for a big man.

He needs a big 2019 to be considered in the top half of the draft. Look for him in the 4th round.

Agim was a 5-star EDGE recruit coming out of High School and has decided to come back to the Razorbacks to play DT in 2019. This is a strange situation to be in, but one that can work in his favor if he applies himself.

His first step is explosive, he jumps off the line well and uses hands to his advantage.

He has the potential and the drive to be a good player, but he needs to work on his game more, especially moving to DT.

Look for him in the later rounds of the draft. Probably 5th.

Ray flashed some brilliance in a great D-line in 2018. He will now step up into a larger role now that Quinnen Williams and Isaiah Buggs have left for the NFL. Expect him to start every game in 2019. He shows plenty of talent and will have the best coaches in football looking after him.

In 2018, he had 39 tackles and 2.5 sacks and dominated the interior when he was on the field. He has good burst, strong hand placement and is a physical presence on the field. Anyone coming from the Alabama D-line needs to be taken seriously.

Big things are happening for Ray in 2019. If he can produce a good season, he will be drafted in the 4th round.

The NCAA has voted to allow schools to return to campuses for training to start on June 1st. This allows for college

The SEC usually dominates the NFL Draft, but this year was something special. The toughest conference in college football had a record

This years NFL draft saw 13 QBs drafted. Here is an in-depth look at how each player fits into their respective systems