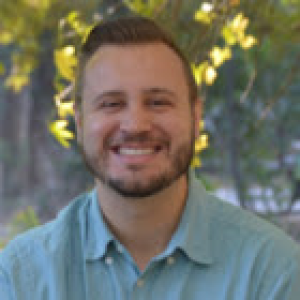 Welcome to Week 16 of the NFL season! It’s time for our DFS Week 16 Starts and Sits. We get the treat of some Saturday football this weekend, but we will focus on the Sunday Slate here.

Listen, Jacksonville is no longer a defensive stalwart. The elite defense from just a couple years ago is decimated and they are back to being just ok. They've allowed over 255 passing yards in four straight games, with a 7 TD to 0 INT ratio.

Matt Ryan, on the other hand, has been heating up. He's scored over 19 fantasy points in three straight weeks, even against a stingy Niners defense. Although he lost Calvin Ridley for the season, he got back one of his favorite targets in Austin Hooper. Let's not forget he also has Julio Jones.

The Jags are vulnerable and the Falcons are playing to save Dan Quinn's job. I like Matt Ryan for his price tag amid the current crop of Sunday slate QBs.

I will be the first to admit, while my starts last week in this column were on point, I whiffed on Joe Mixon. I figured he is going up against the Patriots, and the Bengals are so bad. Mixon proved me wrong, tallying 21.6 fantasy points. The past two games he has rushed for over 135 yards in each contest, garnering over 20 carries.

This week, he gets the pleasure of traveling to warm, sunny Miami to face the league's second-worst rushing defense. The Dolphins allow 140 yards rushing per game, so while you may want to pay big for Christian McAffrey, Saquon Barkley, or Derrick Henry, consider a much less expensive option in Mixon. I think he continues his impressive streak of 100+ rushing yards this week.

Renfrow is likely returning from injury this weekend against the Chargers, who are a formidable pass defense overall. However, Renfrow had become Derek Carr's security blanket of sorts when he is forced to get rid of the ball quickly.

I expect excellent shadow corner Casey Hayward to lock down Tyrell Williams, and with Josh Jacobs out this week, Darren Waller and Renfrow may be the beneficiaries. His touchdown upside is limited, but he is a Danny Amendola-like receiver who can gobble up short and intermediate routes for a respectable fantasy stat line in PPR. For the mere price of $3,600, I will take a shot on Renfrow this weekend.

Ryan Tannehill has been a revelation for the Titans. Nobody thought at the beginning of the season it would be so clear that Tannehill is the future over Marcus Mariota for Tennessee. Yet, here we are.

Tannehill has been on fire, scoring over 25 fantasy points in four of his last six games. But I think the juice runs out against the Saints. While the Saints aren't an elite passing defense, they can rush the QB and have a lockdown corner in Marshon Lattimore to combat the young, upstart receiver A.J. Brown. And their rush defense is ranked number four in the league, which will slow down Derrick Henry a bit.

The Titans' success has come from the run opening up the pass in their playbook. If the Saints can bottle up Henry and keep Brown from the big plays, I think Tannehill has a good, but not great day. For only $300 more you can get Drew Brees, or for a bit less, you can get Matt Ryan or Dak Prescott.

I'd love to be wrong on this. I have Kamara in a season-long league in which I am playing for the championship. But his fantasy numbers have been consistently good, not great over the past several games.

His last three games he has failed to reach 14 fantasy points in any contest. Granted, one of those was against a tough Niners defense, but his overall production has been down this year. The Titans run defense is serviceable, and I just think the price tag is too high for the inconsistency.

Kenny G is a very talented receiver who has put up some numbers even with a backup QB. But now he's playing with a third-string QB and it is taking its toll on his fantasy value.

The Broncos are top 10 in the league in passing defense, and with David Blough at the helm, Golladay's upside is very limited, even with the absence of Marvin Jones. He had 7.4 fantasy points last game, and for his asking price, he's just too risky.

Those are your DFS Week 16 Starts and Sits. Good luck! Here’s to hoping your fantasy football players ball out and you cash out.