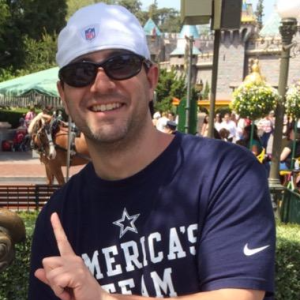 Let's look at the early favorites to populate the Cowboys final 53 man roster.

The Dallas Cowboys are about to complete their off-season program before getting over a month off before training camp opens in July where real decisions will begin that will shape the Cowboys final 53 man roster. All the buzz from the team in the last month has been very positive, from the players to the coaches the Cowboys have a very good feeling heading towards the new season.

In year’s past, there might be just three or four spots open for the taking, but this Dallas team has as much depth as we’ve seen in a long time. Getting to the 53-man roster will be an exceedingly difficult task this time around. Here is our list of the players that have the best shot.

Prescott is clearly the starter. However, there isn’t another legitimate quarterback on the roster and I think we’ll see an outsider take the back-up spot sometime late in training camp. It will likely be a veteran who was cut.

The Cowboys are going to pound Elliott and Pollard will get plenty of use from what we’ve heard in OTAs. For some reason, Jason Garrett loves him some fullback, so Olawale stays. The last runner will come down to the rookie Mike Weber, the incumbent Jackson and possibly Tavon Austin to be a jack-of-all-trades. Jackson will get the nod.

The top three receivers are set, Cooper, Cobb, and Gallup will see the majority of the reps. Hurns will stick around because of his versatility, Brown’s ability to act a fourth tight end allows him to stay and Wilson makes his impression in camp as a deep threat.

Witten returns as the main tight end and he’ll get more than the "30% of the snaps" that was reported when he came back to the team. Jarwin and Schultz continue their development and Brown adds flexibility as a WR/TE hybrid.

The Cowboys have crazy depth and versatility on the offensive line. Don’t rule out the team moving Collins in a trade if they like their depth, options. Undrafted free agent Hyatt makes the squad.

Another spot where the Cowboys have ridiculous depth and a place where the Cowboys could make a trade to keep other assets they like. Also note, Randy Gregory is not listed due to suspension, he will easily make the cut if re-instated. This could easily be 11 players kept along the defensive line!

The top four spots are solidified, but who will claim that last spot? March-Lillard is in for now as the fifth guy but training camp might give us another candidate.

Again, the top four slots are spoken for, although Lewis could be a trade candidate if the Cowboys like what they see from Michael Jackson or Chris Westry. Those two rookies will battle Olumba for the last two spots and word is that Olumba has really impressed in the off-season. It comes down to the drafted rookie or the free agent who has the size the team covets? I think they take the size.

According to many sources, the rookie Wilson has looked sharp and could push Frazier or Iloka off the roster. I think they keep five for depth and special teams purposes.

No shockers here, although I would love to see the Cowboys actively pursue a better kicking option, especially since Matt Bryant is available.